Some big names in tech are hitting the slopes. 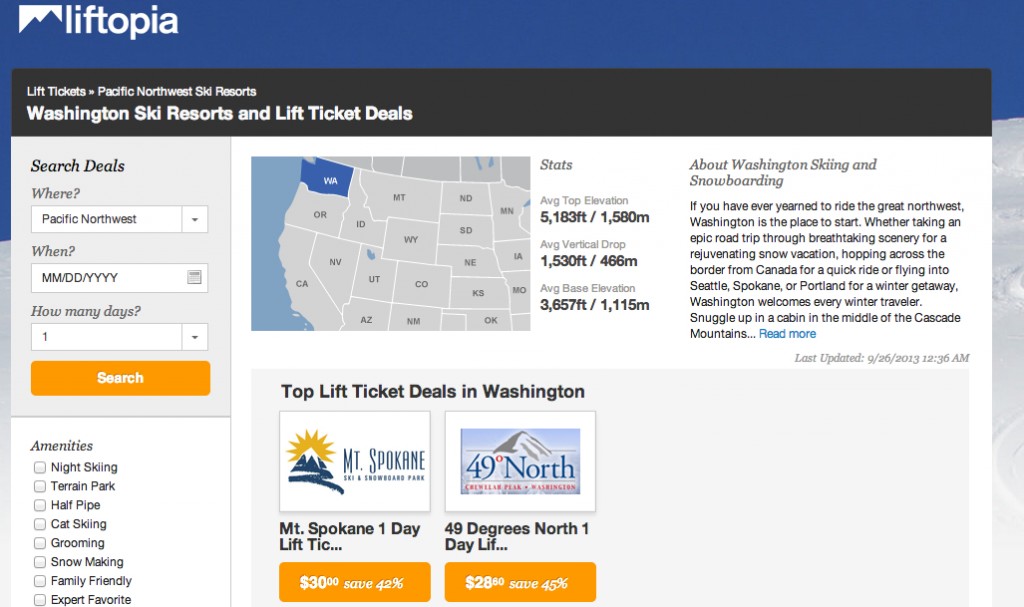 Liftopia offers discounts on lift tickets, with the company saying that skiers and snowboarders saved an average of 30 percent compared to walk-up rates during the 2012-2013 ski season. For example, the company is now featuring a 45 percent discount on lift tickets at Washington state’s 49 Degrees North ski resort and a 24 percent discount on the Whistler/Blackcomb Gold Card 5-Pack.

“Liftopia is working hard to solve problems for the ski industry operators and help them leverage technology and data to make skiing and snowboarding more accessible for consumers,” said Evan Reece, co-founder and CEO of Liftopia, said in a release. “We’ve been fortunate to have a phenomenal group of investors supporting us over the years, and we’re excited to add this esteemed new group to the team – all of whom recognize the innovative technology Liftopia has developed for the ski industry and the opportunity ahead.”

San Francisco-based Liftopia employs 35 people, with plans to double in the next 12 months.  It is led by Reece, who managed managed revenue maximization and pricing strategy for mountain destination hotels at Hotwire.

Liftopia is developing a new commerce platform that uses business intelligence to optimize revenue at ski resorts, with the company saying that its revenue management system “makes automated dynamic pricing easy.” That means ski resorts — like airlines and hotels — can vary pricing depending upon various factors.