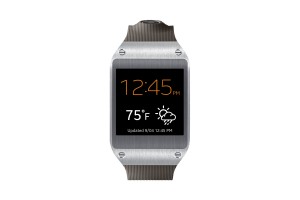 Samsung’s new smartwatch hasn’t exactly garnered rave reviews, and one of the criticisms of the device is that the only way to make it work was to carry either the significantly-sized Galaxy Note 3, or the Galaxy Note 10.1 tablet with you anywhere you wanted the Gear to work. For those people who like phones that are small enough to fit comfortably into a hipster-sized jeans pocket, Samsung’s message was “tough luck.” Until today.

Now, Samsung says that you don’t need a phablet or tablet to carry the Galaxy Gear. According to a press release, the company is now rolling out compatibility with its smartwatch alongside the Android 4.3 update for phones like the Galaxy S4, S3 and Note 2. In addition, variants on the S4, including the S4 Active, will be getting the ability to interface with the Gear in an update coming later this month.

That move greatly broadens the audience for the $199 Galaxy Gear, especially among Samsung’s massive existing install base. It also means that if you want a Galaxy Gear, you have a wider breadth of compatible phones to choose from.