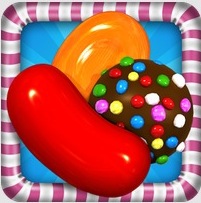 According to a report by the Telegraph, King, the makers of Candy Crush Saga, have filed for a secret public offering under the JOBS act.

It seems as though King’s IPO effort will be headed up by former Clearwire CFO Hope Cochran, who joined the company today as its CFO.

Like its competitor Zynga, London-based King is best known for having one wildly successful (and wildly profitable) game while the other parts of its catalog haven’t done nearly as well. That could be a serious problem for the company’s long-term prospects, as well as its stock price. King is going to face an uphill battle convincing investors that its business won’t be going the way of Zynga, which is currently in the midst of an overhaul brought on by former Xbox head Don Mattrick.

Zynga went public at $10 per share in December 2011, but the stock has since fallen more than 60 percent. The maker FarmVille and Words With Friends is now trading at $3.61.

Candy Crush is driving huge amounts of usage and revenue, with one report out this summer saying that the game was responsible for an estimated $633,000 in revenue each day. That’s a cool $231 million annually.

Cochran joined Clearwire in 2005, and helped take the company public. She also raised several subsequent rounds of funding, and played a role in the complex bidding war for the company’s assets that was eventually won by Sprint. Prior to Clearwire, she served as CFO at Evant and worked in executive roles at PeopleSoft. She holds degrees in economics and music from Stanford University.

Candy Crush is a match-three game, similar in style to PopCap’s Bejeweled. Seattle-based PopCap sold to EA for as much $1.3 billion in July 2011.