From a fantastic talk with Rich Barton and Bill Gurley to a former Amazon exec comparing shopping to sex, the 2013 GeekWire Summit was one to remember.

Thanks to the more than 700 of you who came out to Thursday’s day-long event, where we enjoyed excellent conversations with industry leaders, great networking and tasty food.

Great aspects of @GeekWire #GWSummit: no PowerPoint, intelligent & active moderators, candid speakers. If canned, it stayed in the can.

Had so much fun at the @geekwire #GWsummit + afterparty yesterday. Thanks to everyone at GW for the awesome conference!

Such a great time at the #gwsummit yesterday. Thanks to the @geekwire crew for yet another perfect Seattle event! pic.twitter.com/oH3cKnJwMU

Agree: RT @Buzzmodo: A 10 on a 10 pt scale, Congrats @toddbishop, @johnhcook & the @geekwire team who put on a fantastic event! #gwsummit

Couldn't be more impressed with the #gwsummit. Innovation, diversity, future of tech. Shows the real power Seattle brings. Thanks @geekwire! 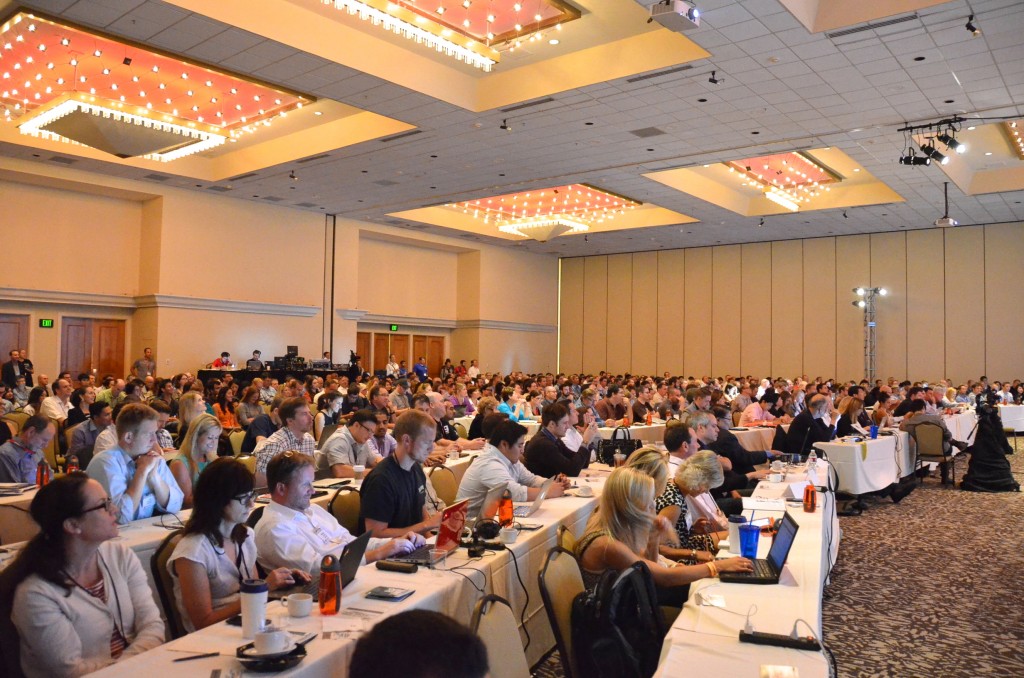 In case you couldn’t make it out to downtown Seattle yesterday, we’ve got you covered. We’ll also have more detailed coverage from each speaker coming soon, so stay tuned for that. Big thanks to Kevin Lisota and Eugene Hsu for taking these awesome photos.

With words, pictures and tweets — videos of each panel are coming soon — let’s take a few minutes and relive the GeekWire Summit 2013.

The day opened with a Q&A featuring HBO’s Chief Technology Officer Otto Berkes on the future of media, movies, television and tablets. Lots of people wanted to know about accessing HBO content for those who have a streaming device but do not pay to watch HBO via their cable network.

It appears, however, that HBO won’t be making changes like that anytime soon.

“We have an extremely powerful and effective business model,” Berkes said. “It would not make sense to disrupt that unless the upside were significantly higher than any potential downside.”

Shouraboura drew tons of laughter and applause after explaining why she started a robot-powered apparel shop and then compared shopping to sex to show why physical retailers will still remain in existence.

I found my #gwsummit crush for the day and it's Nadia Shouraboura.

I have no idea what Nadia is talking about but I am peeing my pants. #gwsummit

Can you imagine what a company meeting at @hointer is like with Nadia Shouraboura leading it? That's a meeting I'd like. #gwsummit

You knew this was going to be a fun talk when Rich Barton started referring to bong water not two minutes into the conversation.

“First of all, this couch is from my senior year of college,” Barton said in response to a completely unrelated question. “I think I can smell the old bong water here.”

On a more serious note, Barton and Gurley shared a ton of great stories and advice about their experiences in the startup world, from Barton’s time as a co-founder of Zillow to Gurley’s thoughts on the Seattle startup scene and his praise for Jeff Bezos.

“He’s become iconic,” Gurley said of Bezos. “He’s clearly the most respected CEO [by] Silicon Valley, without question. If you’re running an e-tailing company, you should be afraid.”

We also asked Gurley about Twitter — Benchmark invested in the social network —  and when we might see an IPO from the company.

We’ll have more from this panel on GeekWire in the coming days, so stay tuned.

How to make your startup big: "A big dream, a clear vision, and a little bit of nuttiness," says @Rich_Barton at #gwsummit

The @rich_barton / @bgurley panel at #gwsummit is first class. Elevates @GeekWire to the @allthingsd level of tech conferences.

Barton & Gurley- can we get a regular show out of these guys? Highlight of today this far! #gwsummit

Would love to play poker with @NShouraboura and @BGurley. #gwsummit

"There is something in the water in #Seattle that allows companies to grow big, and strong, and long." – @bgurley #gwsummit

Best panel I've seen in a while — take it on the road! @Rich_Barton and @bgurley at GeekWire Summit with @johnhcook #gwsummit

Thanks to FILTER for sponsoring our great lunch. 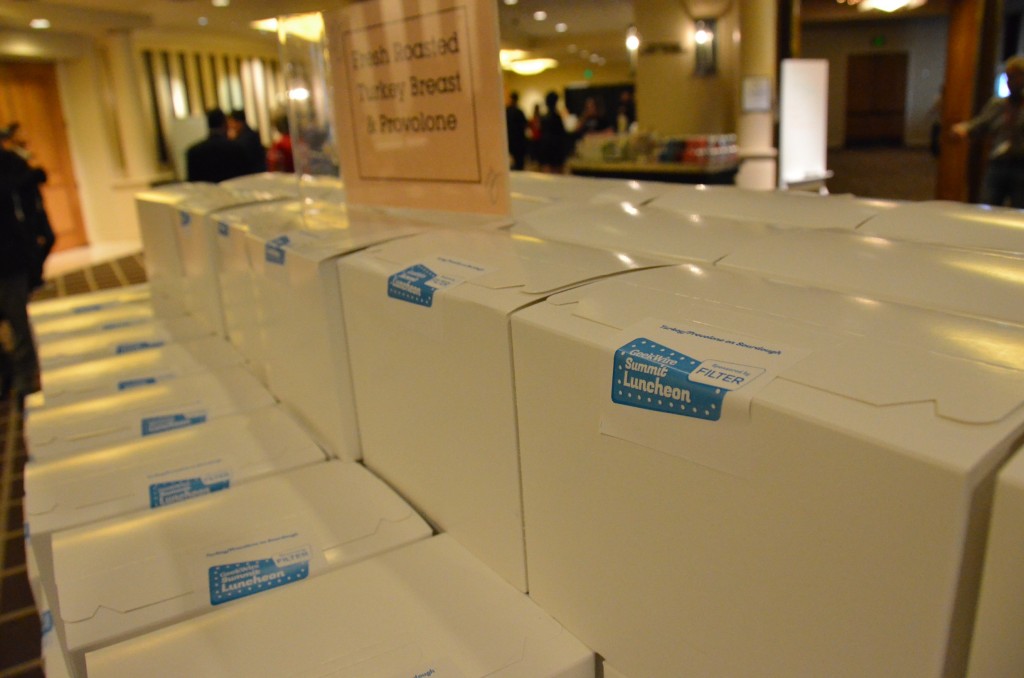 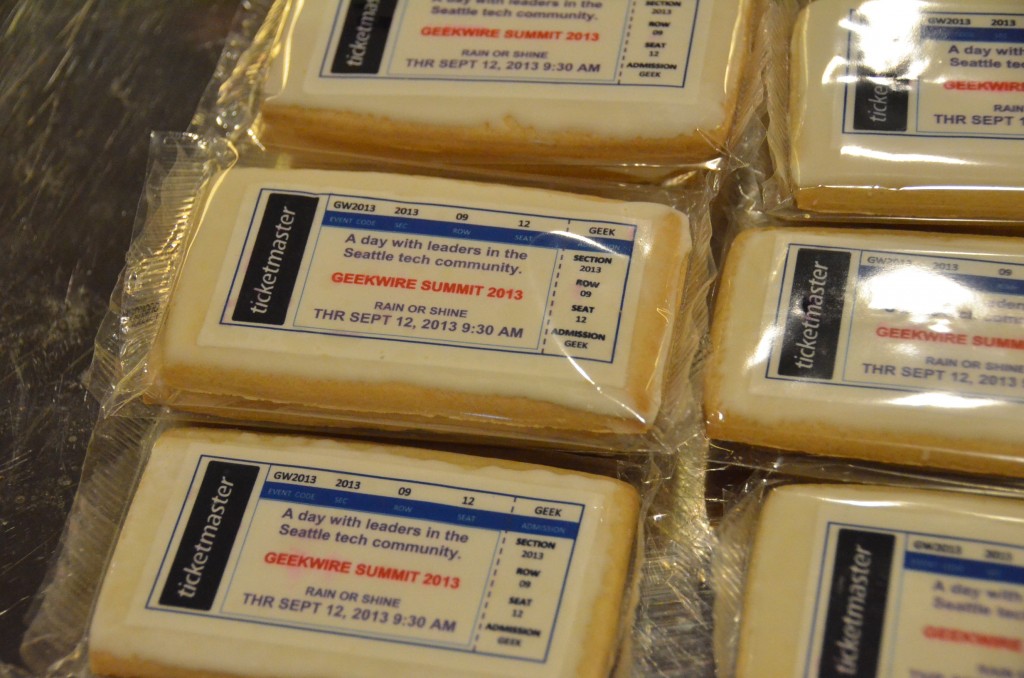 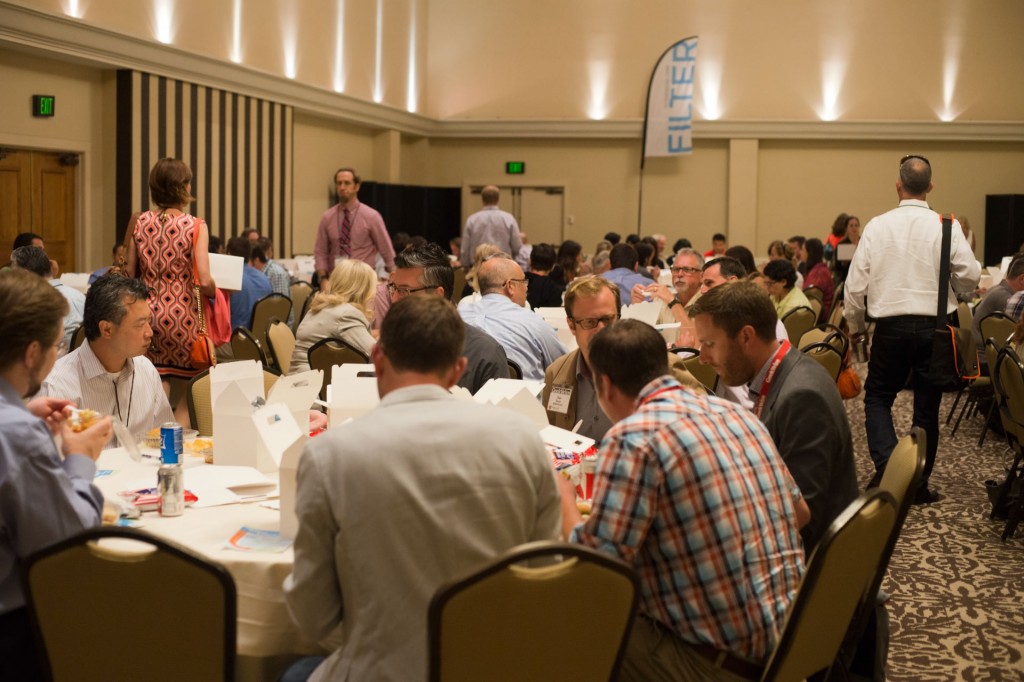 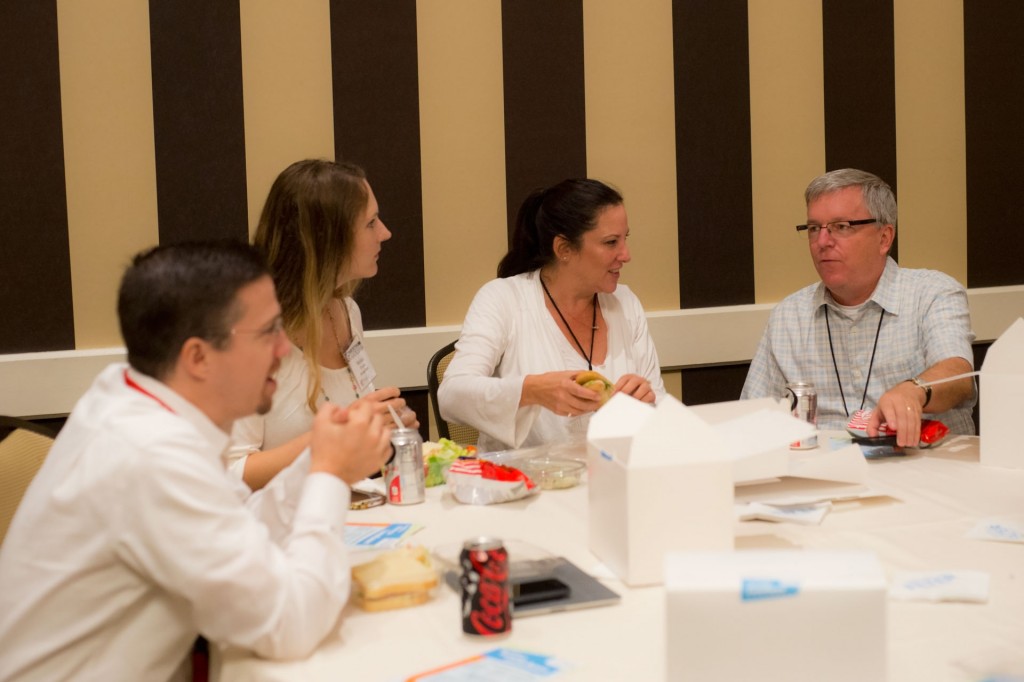 This panel kicked off with the awesome “Adventures of the Startup Kid” video from the team at Killer Infographics and was a nice lead in to a great conversation with industry vets about the future of the video game world. 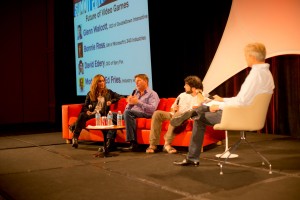 The panelists had interesting insights into the free-to-play business model that’s becoming more popular by the day.

Even Bonnie Ross, general manager of Microsoft’s 343 Industries, said that a free-to-play business model for the Halo franchise is not out of the question.

“I think you have to look at the free-to-play version,” she said. “But it is incredibly hard just to take a game and also make it free to play. You’ve seen a lot of people that have failed doing it … but you can’t close the door on free-to-play. You always need to look at where those options are.”

#gwsummit Glenn Walcott takes a jab at universal healthcare in comparison to free to play. I say why not? Works in other countries

Common theme so far at #gwsummit is how mobile has completely changed the industry, from VC to gaming business models.

"Gaming overall is going to be a big driver of technological innovation." Glenn Walcott #gwsummit @flipthemedia

Acclaimed photographer and fine artist Chase Jarvis, co-founder of online education startup creativeLIVE, sat down for a fun interview with GeekWire columnist Monica Guzman to talk about the power of creativity and how that’s changed over the years. 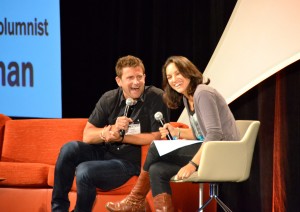 “I believe very strongly that creativity is the literacy,” Jarvis said.

Jarvis also had some strong words about the education system in America.

The chat wrapped up with a fun photo critique session, during which Jarvis broke down aspects of user-submitted mobile photos.

I have NEVER been so fired up by a Q&A during a conference. Thanks @moniguzman and @chasejarvis for SUCH an awesome session!! #gwsummit

Internet has brought about a democratization of creativity. –@chasejarvis #gwsummit

Be different, not better. Ideally you'll be both but the best way to stand out is to be different. – @chasejarvis #gwsummit

CreativeLive's @ChaseJarvis, "We have to create an educational system that values creativity," not "horseshit" testing #gwsummit #edtech

Our afternoon panels continued with an excellent discussion with GoDaddy CEO Blake Irving, who talked about the transformation of Internet services and online business, and the direction of the tech industry.

Irving, the former Yahoo and Microsoft executive, talked about GoDaddy relaunching its brand, changing up its marketing strategies, moving away from being a domain company and focusing more on helping small businesses.

“We’re on a geek transformation of the company — who we serve, how we serve them, how we position ourselves and how our employees feel about serving our customers is really different,” he said.

He also touched on the company’s plans for an IPO, saying that “it’s certainly a possibility for us.”

Refreshing to see a CEO not talk like a robotron. Good chat w @Blakei at #gwsummit about polarizing mktg pic.twitter.com/H0NayV6KKZ

GoDaddy CEO @Blakei: "The talent up here's fantastic; it's just hard to find it" because so many are "locked up" at $MSFT & $AMZN. #gwsummit

Entrepreneur and investor Hadi Partovi of Code.org spent some time speaking about the biggest challenge facing the computer science field, and how we can solve it.

3:30 P.M. — The Next Gen: Presentations from StudentRND

Next up was a special presentation by two top teams from the StudentRND technology incubator: Helpful Machines and SeaPerch Bellevue.

Impressive stuff from the whiz kids.

Blown away by the teens presenting StudentRND programs at #gwsummit

Noah and Blaise are seriously nailing their Calculatr presentation. So stoked for the next gen of tech! @StudentRND #gwsummit

#gwsummit thanks, GeekWire, for giving presentation time to StudentRND. Inspiring!

@StudentRND are you also teaching presentation skills? The folks on stage were composed, clear, articulate. #gwsummit

Our final panel, appropriately, was all about the future. We brought together four longtime executives and technologists to share their insights into the trends to watch over the next 10 years.

Vern Fotheringham, Eric Anderson, Jeremy Jaech and Peter Lee discussed everything from patents to Google Glass to what they think is the next big innovation in tech.

Listening to @ec_anderson on panel at #gwsummit the same day Voyager 1 announced to have left this solar system. Awesome.

#gwsummit Vern Fotheringham, Kymeta CEO, says "we will have many layers of network access that surround us"

After a long but fulfilling day of panels, we enjoyed hosting everyone at the GeekWire Summit After Party. A big thanks to Avalara for hosting this party with us on the Rainier Square rooftop deck. 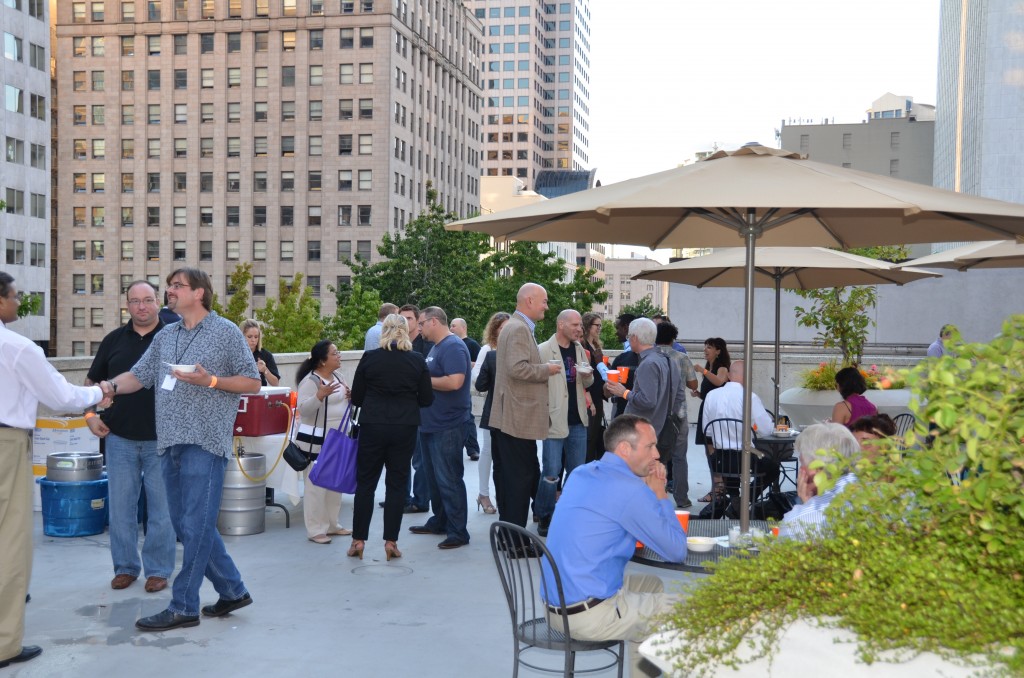 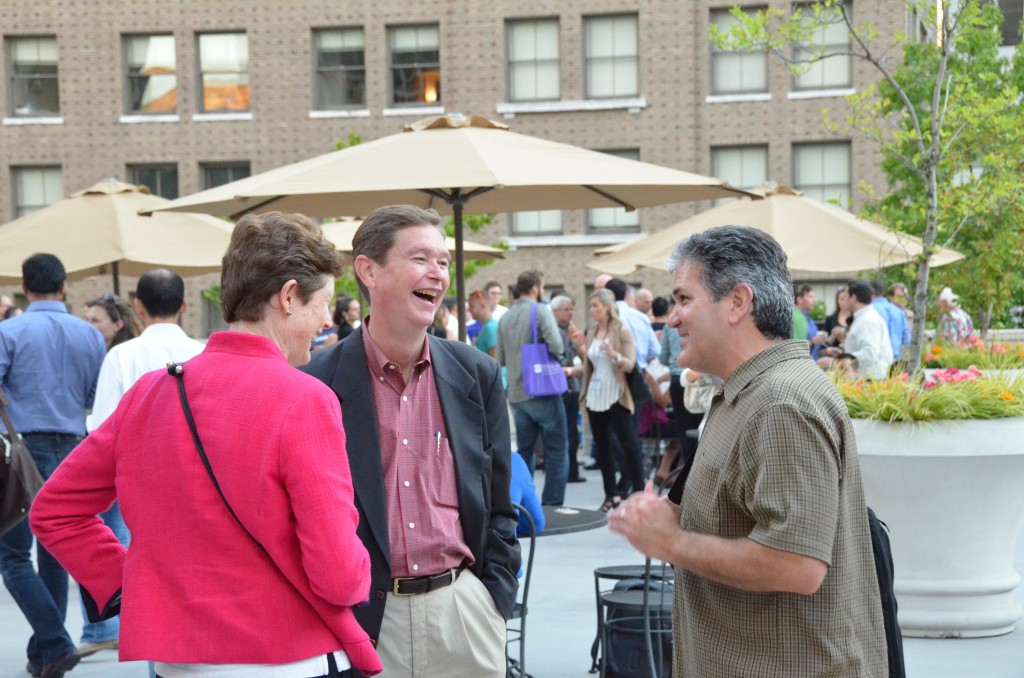 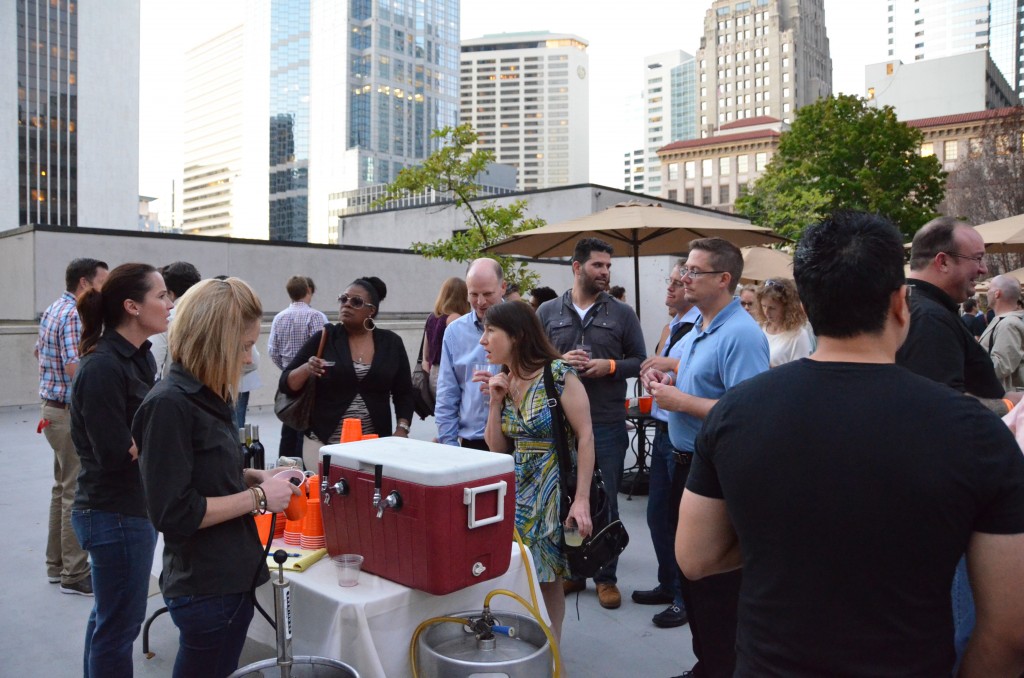 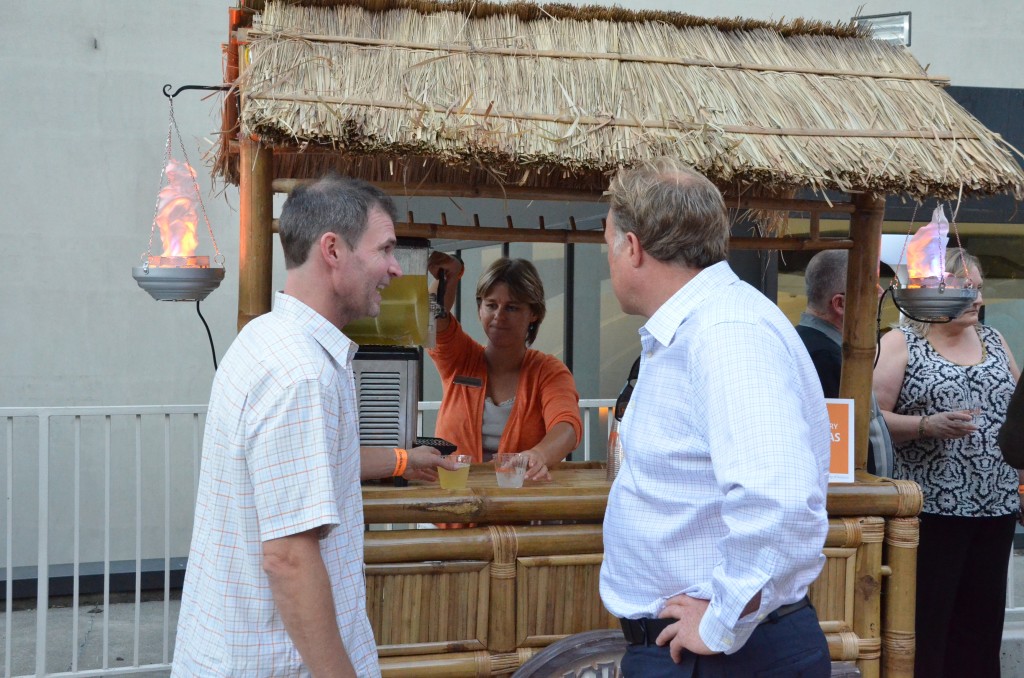 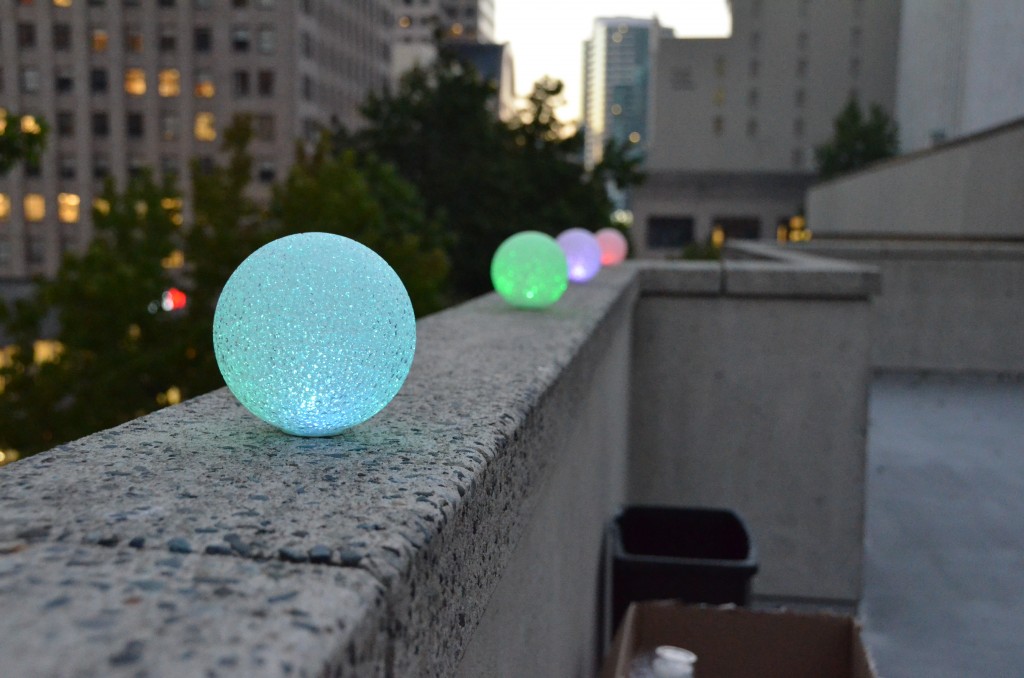