A lot of geeks must really want to travel in style between Seattle and the San Francisco Bay Area. Arrow, the private jet club led by entrepreneur Russell Belden, has been inundated with interest from potential members since unveiling the concept earlier this month.

Belden tells GeekWire that he’s lined up about 150 potential members — well on the way to his goal of 200.

Many of the prospective members have expressed an interest in flying far more regularly than Belden anticipated, meaning that he’s had to go back to the drawing board when it comes to how memberships are sold.

“We knew the market was good, but our flat-rate membership and pricing will need some tweaking,” Belden tells GeekWire.

Initially, Belden planned to charge a corporate rate of $500 per month to join the club, with daily flights between Seattle and the Bay Area (San Jose and Oakland) costing $500 one way.

Because of the anticipated demand — especially for Monday morning flights to the Bay Area — Belden has been forced to readjust. He said some of the companies interested in the club have expressed a desire to book routine flights to the Bay Area, eating up as much as 10 percent of the capacity on the flights. If that occurred, he said the options for other members would be limited to get on a flight.

“We don’t want to have 100 members not be able to fly,” said Belden, adding that he’ll likely have to make some “minor adjustments” to Arrow’s initial membership plan. No money has been collected yet by Arrow, and he’s yet to send out membership agreements to those who’ve expressed interest.

Belden also is working on alternatives to cover the company’s exposure in case the one plane he plans to buy to get service off the ground is hit with maintenance issues. That could include the company partnering with other jet charters. 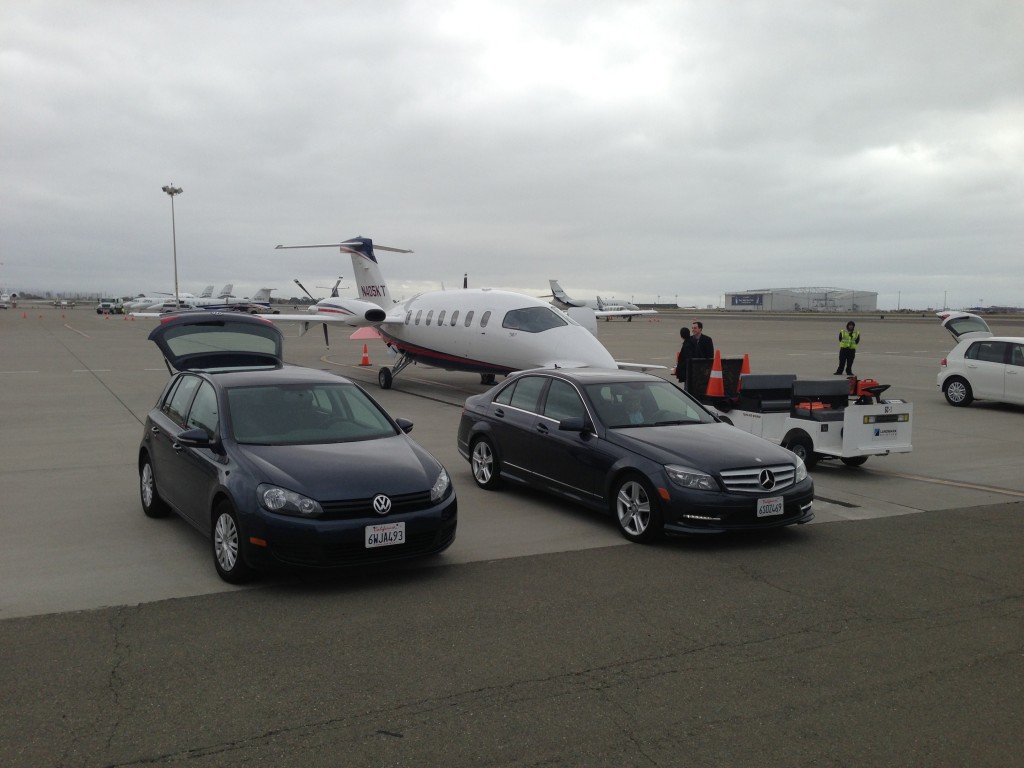 In terms of pricing, one of the possible ideas is to allow members to buy packages of flights, say 10, 20 or 30 trips. Similar to the time-share vacation rental system, those levels would have different prices. He’s also weighing the possibility of altering the corporate membership program so that a company could have any of their employees utilize the service. Previously, he had set up the system to allow corporate members to designate five flyers.

Belden said he’s planning to meet with his investment team and advisors next week to discuss the best approach. Belden admits that he miscalculated how frequently some of the members would like to fly.

Belden has set a goal of 200 members. And if the company hits that target, he plans to go forward with the purchase of a $7 million Piaggio P180 Avanti II turboprop to initiate service.

Asked about the change of course in membership pricing, Belden said that it is a good problem to have. “It is definitely better than no one calling us,” he said.

Arrow, which is backed by Seattle entrepreneur Andy Liu, plans to start service later this year if it reaches the 200-member milestone. It will fly from Boeing Field, appealing to business travelers who want to skip the hassles (security, rental car kiosks, etc.) of larger airports.

Belden thinks the private club will appeal to busy professionals who make frequent trips between Seattle and the Bay Area, many of whom work in the tech industry. Attorneys, bankers and venture capitalists who conduct business in the two tech hubs are prime candidates for membership, as are executives at tech giants like Facebook, Google, Zillow and Microsoft, which have large workforces in both places.

In fact, Belden said that the vast majority of interest in the program has come from people who work in the tech industry, largely in Seattle. As part of his marketing efforts, Belden said that he wants to recruit more members from the Bay Area.