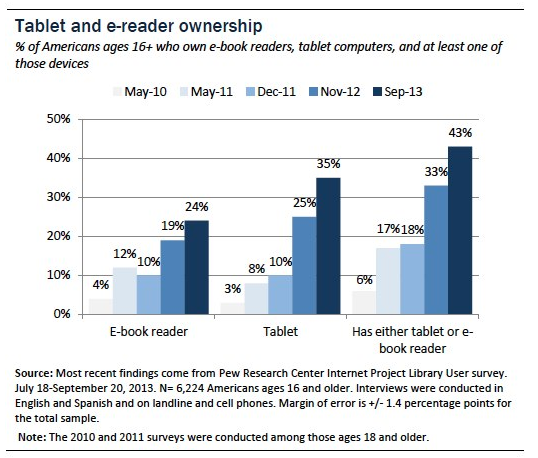 The popularity of tablets continues to grow, according to the latest numbers from Pew. 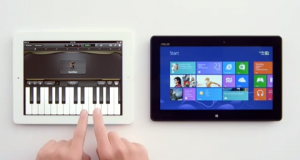 Pew’s research shows 35 percent of Americans 16 and older now owning a tablet, up 10 percent from one year ago. Though that’s not as steep of an increase from December 2011 to November 2012, when tablet ownership jumped 15 percent.

In terms of e-readers, one fourth of those in the U.S. own one. And about 43 percent own either a tablet or e-reader.

Tablet ownership is more common among higher-income folks, with 50 percent of households earning $75,000 or more using one, while 38 percent have e-readers. 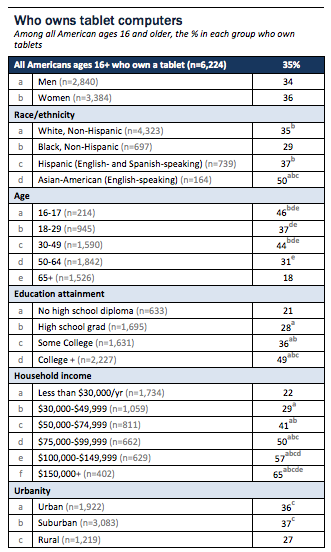 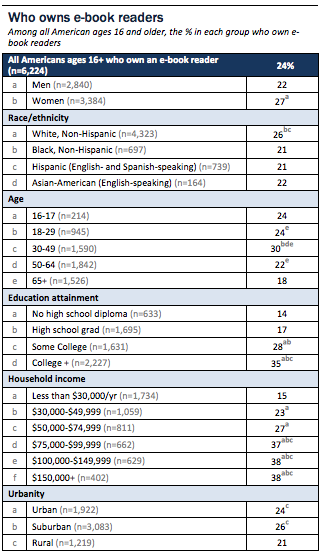 Pew surveyed 6,224 Americans for this study. Here’s the full report.