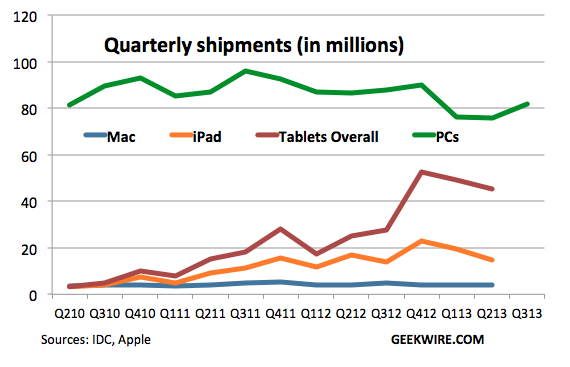 Worldwide PC shipments totaled 81.6 million units in the third quarter, a decline of 7.6 percent compared to the same period a year ago, but better than the 9.5 percent decline that had been expected by analysts at the IDC research firm.

PC purchases by businesses helped, as did shipments of Windows 8.1 machines in advance of the updated operating system’s release later this month, according to IDC’s analysis.

The numbers illustrate the ongoing struggles of the traditional consumer market as many consumers opt for iPads and other tablets. The chart above shows the overall trend, with the official Q3 numbers for tablet, Mac and iPad shipments still to come.

Separate numbers from the Gartner research firm for the third quarter, also released today, showed a slightly steeper decline of 8.6 percent in PC shipments. Gartner noted that it’s the sixth consecutive quarter of declining shipments, and the lowest the PC market has dropped during the back-to-school buying season since 2008.

Lenovo, now the world’s largest PC maker, saw the biggest gain among the major computer vendors, a 2.2 percent increase in worldwide shipments over the third quarter of last year. HP and Dell also had slight gains, according to the IDC numbers.

In the U.S. market, Apple was the only major computer vendor to experience a decline in shipments, as Mac shipments fell to 1.9 million units from 2.1 million units a year ago, according to the preliminary IDC numbers.

Here are the IDC charts for the worldwide and U.S. markets. 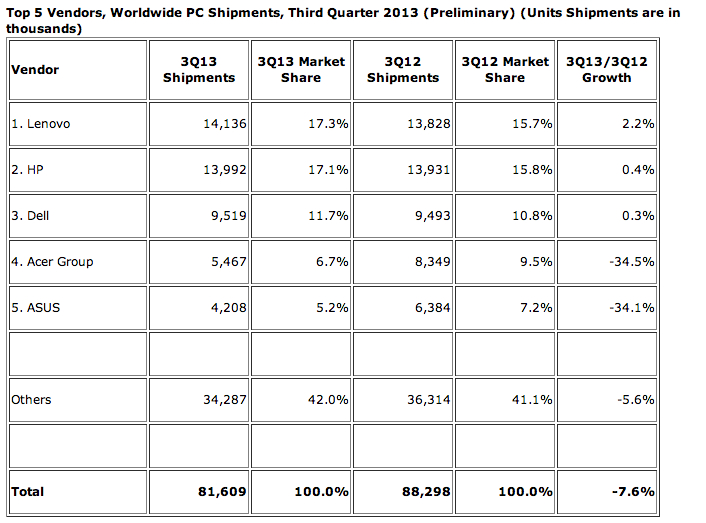 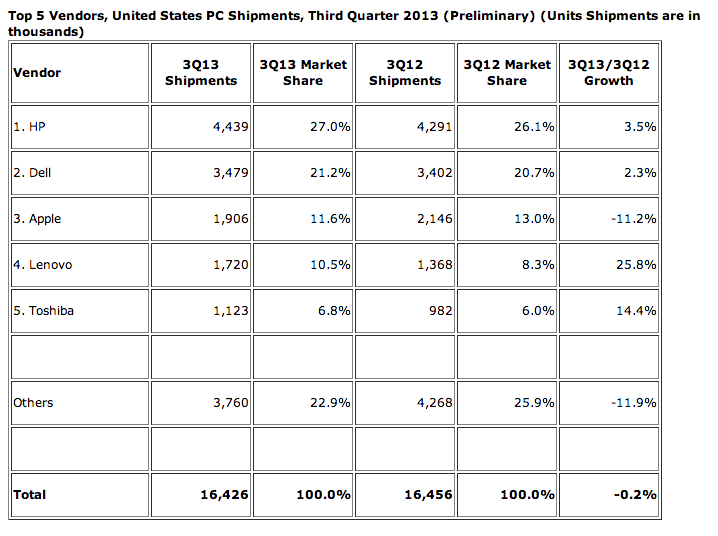