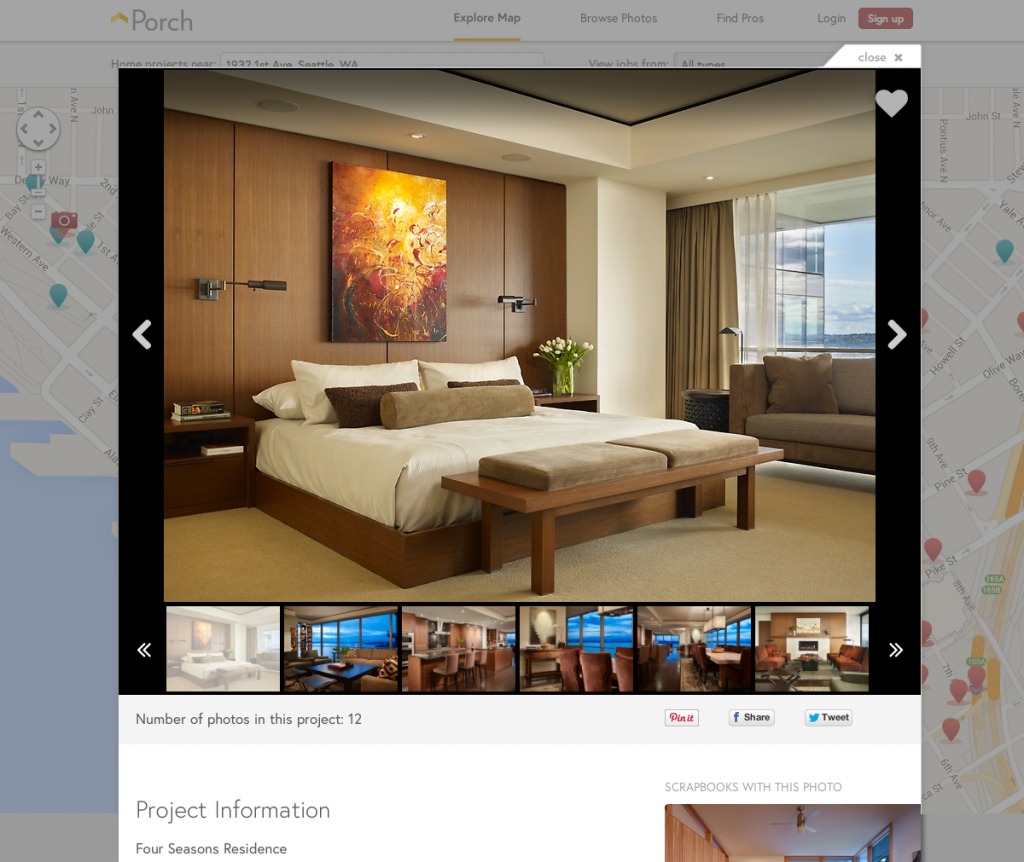 How much did your neighbor pay for that kitchen remodel last year, and what does it look like? Which contractors are active your neighborhood, and what do people think of their work? And come to think of it, which home-improvement pros are actually based in your community?

Those are among the questions that can be answered by Porch, a new home improvement site that launches nationally this morning. The Seattle-based startup says it wants to empower homeowners with information about home-improvement projects and pros, helping homeowners make informed decisions when they hire for their own projects.

Through a variety of partnerships, the company says it has gathered data on more than $2 trillion in projects over the past 15 years, with data on 75 percent of U.S. homes.

“We want to create an authoritative experience for homeowners based on data,” said Matt Ehrlichman, the company’s CEO and chairman, demonstrating the new site this week. “The whole point here is to change the category.”

The site uses a map-based interface, but it takes steps to anonymize the data about homes, not showing the address and randomly placing markers in the vicinity but not in the precise location of the homes where the work took place.

The company, which has 30 employees, expects to grow to more than 100 over the next year. Porch previously raised $6.25 million in seed funding from “super angel” Ron Conway, former eBay president Jeff Skoll, Facebook executive Javier Olivan and Seattle’s Geoff Entress.

Elements of Porch will compete with existing services such as Houzz and Zillow Digs, which include pictures designed to inspire home remodelers. The Zillow service includes a feature called Digs Estimates to give homeowners a sense for the cost of the projects shown on the site.

Ehrlichman, who grew up in the Seattle region, attended Stanford University and co-founded the Thriva events management software company. That startup was sold in 2007 for more than $60 million to Active Network Inc., where Ehrlichman was chief strategy officer leading up to and beyond the company’s 2011 IPO.

The Porch CEO is coincidentally building a new home in Seattle right now, even as he and his team build their new startup. Much of the planning took place before Porch was fully launched, so he wasn’t able to use the service to find contractors for himself, but he has been able to glean insights from the building process as he launches the company in parallel.

The foundation is done, and the home is “being framed as we speak,” he said yesterday.

Porch is available at Porch.com. Here’s a video demo of the site in action …