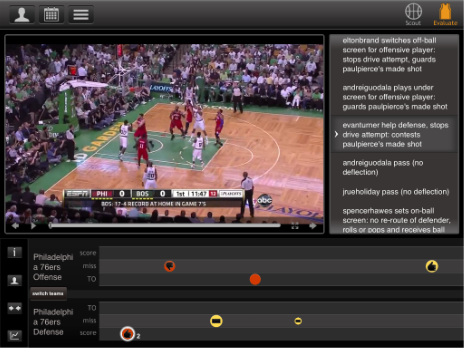 Recording and studying statistics has always been a backbone of sports. Computers and technology, however, have revolutionized the way we can analyze exactly what’s happening on the field or court.

Opinions on a player’s effectiveness and efficiency are subjective and up for debate. On the contrary, research-based objective numbers are impossible to argue with.

Seattle-based Vantage is taking advantage of this movement and hopes to change the face of sports analytics forever.

There are certainly players in this arena already and range from in-house solutions to niche competitors. But where recently-founded Vantage sets itself apart is with its huge database of more-relevant data and overall user experience.

McDonald founded parent organization Competitive Analytics Consulting and formed Vantage as the operating company with three others. He previously bootstrapped his own analytics company that provided metrics on private company acquisitions for attorneys, but that venture failed. 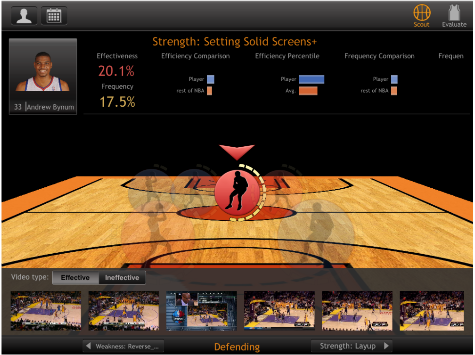 Being a lifelong sports fan, he started thinking about sports analytics and where he thought the industry should go. After six months of studying and researching, McDonald put together a team made up of a former Google Analytics employee, an NBA scouting director with 20 years of experience and a former attorney.

“It dawned on us that no one was mixing advanced scouting with advanced math with awesome technology in the way that would truly create value and even change the game,” McDonald explained.

Vantage chose NBA teams as a launching pad. They’ve already introduced their product, which runs both via the web and an iPad app, to 13 different teams and it includes interfaces for coaches, players and front office personnel.

Reviews have been very positive. One team said “bottom line, we like it and it’s better than Synergy (main competitor),” while another said that “this is definitely Synergy on steroids.”

Why start with NBA?

“Supply, demand and expertise,” McDonald said. “Teams were openly discussing their desire to use data better. I knew some guys in the NBA and had played/studied the game my entire life. We felt we could test the model in basketball and then expand to other sports.”

This blog post about the defense of New York Knicks guard Steve Novak is an example of the type of statistics Vantage can provide. Sure, you can go to ESPN for steals, blocks and even more in-depth content like steals per turnovers. But Vantage has the ability to spit out numbers that show how good Novak is at keeping a player in front of him, or his double team effectiveness — stuff you can’t really find anywhere else.

The company currently employs 48, with 44 full-time data analysts crunching numbers. McDonald said that his team has poured in “a lot of our own money,” and raised a small angel round. Vantage is in the midst of another round right now.

The NBA is only the tip of the iceberg. If this venture goes well, the company wants to apply the same model to nearly every major sport, both professional and college. They also have plans to jump into the high school recruiting market by offering its product to both high school athletes and college programs.

There’s also a consumer side that Vantage wants to enter. With the stats they dig up and analyze, fantasy sports users — part of a $1.7 billion fantasy sports market — might find this information valuable. Those statistics can also be used for original programming and media — think ESPN but with more in-depth stats and video. Here’s a sample of what that could look like.

This all presents several different potential revenue streams, from yearly subscription and licensing fees to advertising on a consumer website. Vantage expects to be profitable by 2014.

Relying heavily on analytics has already worked for teams like the Oakland Athletics and general manager/sabermetrics guru Billy Beane. Time will only tell if everyone else decides a company like Vantage is worth paying for.