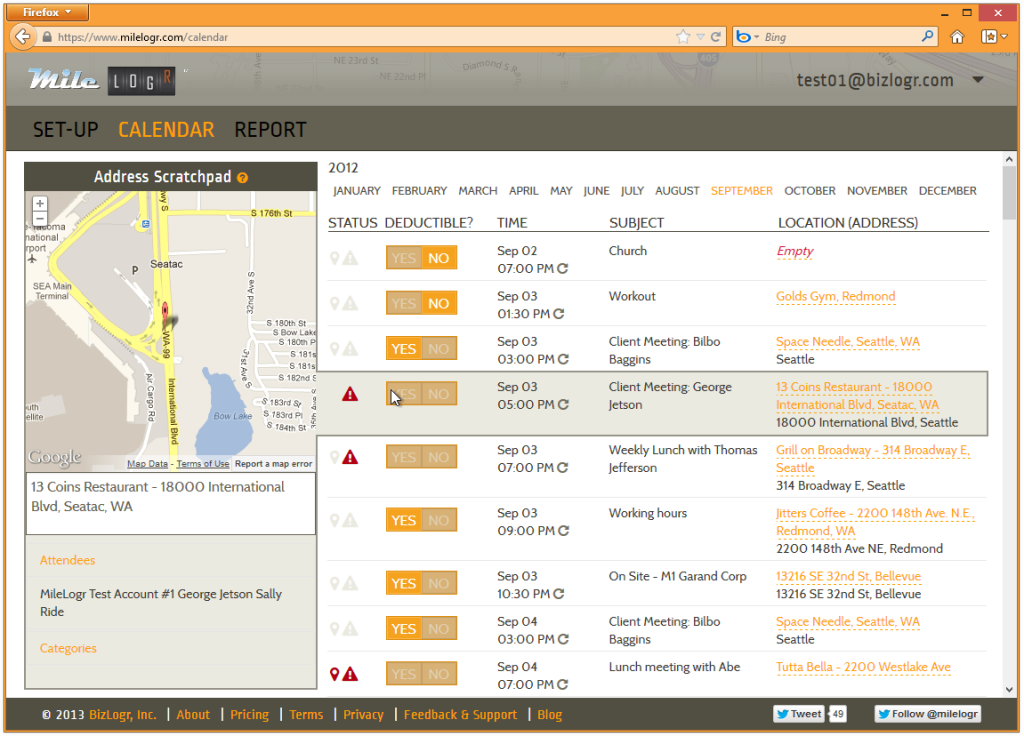 Attention, road warriors: A new service officially launching today promises to take the headache out of tracking mileage by automatically generating a report from your calendar, making it easier to calculate and document business-related trips for tax deductions.

The service, called MileLogr, works in conjunction with Google, Microsoft, Yahoo and Apple calendars, creating a detailed mileage report based on the location of meetings as noted in each user’s calendar.  One of the big selling points is that it works retroactively, pulling the information from a calendar even if you weren’t specifically tracking your mileage last year.

It was developed by BizLogr, a Redmond-based startup founded by former Microsoft general manager Charlie Kindel as CEO, along with another former Microsoftie, Stefan Negritoiu, CTO. MileLogr, previously available in beta, is launching today with a series of updates based on feedback from testers.

The price is designed to be significantly outweighed by the potential tax savings, as detailed in this MileLogr pricing chart.

The service uses a web-based interface, analyzing the user’s calendar and returning a list of appointments along with trip details, based on a standard starting point designated by the user. Features include the ability to designate specific appointments as business-related or not. Users can also add addresses manually or using a map, if they happen to be missing from their calendar.