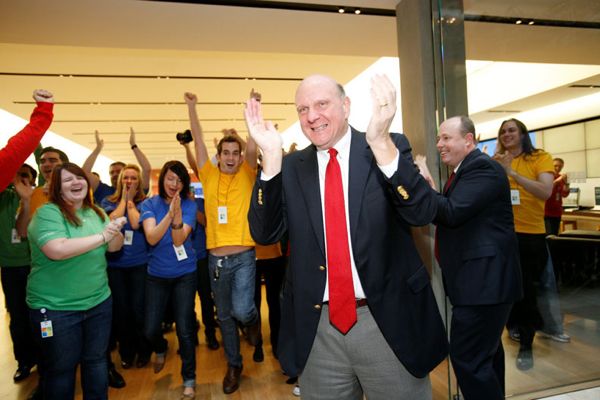 Microsoft gave an end-of-year report on its retail stores this morning, saying that it opened a total of 35 stores over the past year, bringing the company’s total to 83 full-line and specialty stores in North America. The pace puts the company on track to surpass 100 stores in 2014.

The company also announced the locations for the first three stores that it will open in 2014: Square One Shopping Centre, Mississauga, Ontario, Canada; Westfarms, Farmington, Conn.; and Westfield Garden State Plaza, Paramus, N.J.

Apple had 416 stores as of the last official count.

Microsoft COO Kevin Turner said in July of 2011 that Microsoft would open up to 75 stores over the following two to three years, and the company appears to be sticking to that approximate schedule.