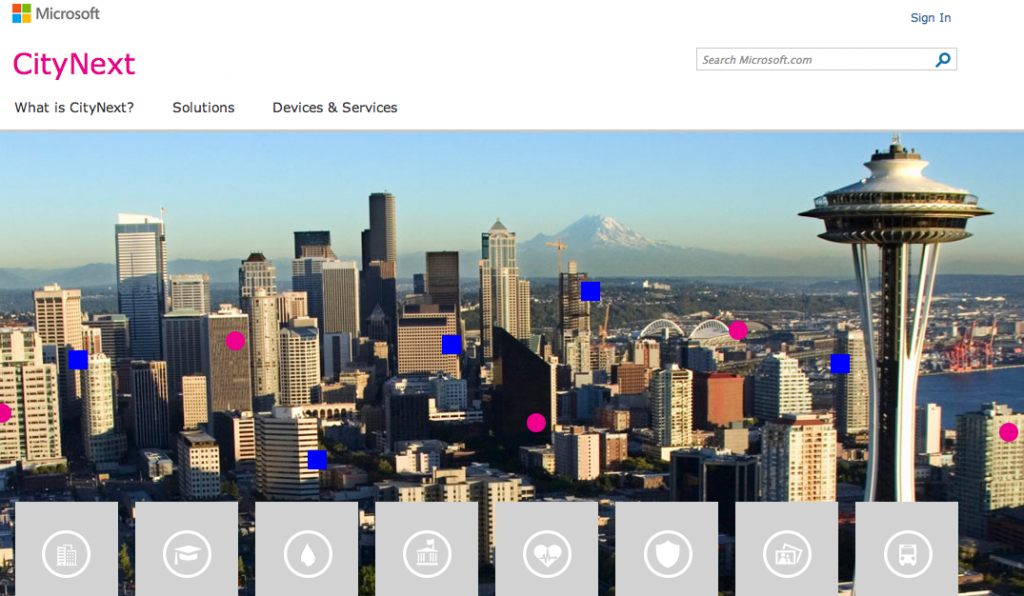 The world’s biggest cities are essential to the growth of the global economy, and Microsoft is starting a new initiative to help big metros do what they can to stay on top of their game.

At its Worldwide Partner Conference today, the Redmond software giant officially debuted CityNext, which will help spur innovation and encourage leaders to create sustainable cities by leveraging Microsoft’s vast Partner Network and the company’s technology solutions like Windows Azure and other devices and apps.

Through CityNext, Microsoft will work with city leaders and focus on eight core functions:

Here are the eight “showcase” cities Microsoft is already starting to work with:

And right here in Seattle, Microsoft is teaming up with Accenture and the city to launch an energy management pilot designed to take advantage of the Azure cloud platforms and big data to help buildings around Seattle with energy efficiency. The partnership was inspired by Microsoft’s energy work done on its own campus, as highlighted in the company’s 88 Acres story that provides an inside look at Microsoft’s effort to develop a “city of the future.”