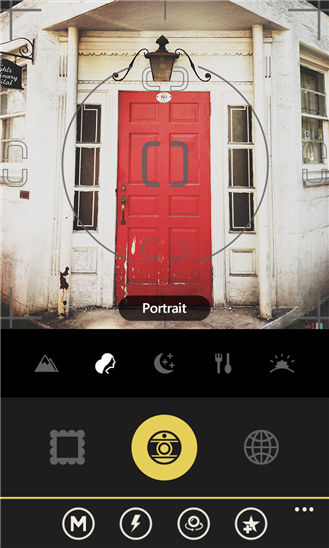 It’s launch day for the Nokia Lumia 1020 Windows Phone, the one with the 41-megapixel camera. And coinciding with the launch, all Windows Phone users are getting a notable photo filter and sharing app that was formerly exclusive to iPhone.

The lack of an official Instagram app for Windows Phone continues to be a sore point for Microsoft, so it’s no surprise that Windows Phone’s Joe Belfiore is focusing on the Instagram integration in the Hipstamatic app …

The only catch is that the Hipstamatic app doesn’t allow users to view photos from Instagram. Hipstamatic has a separate social network of its own that is built into the app. For a full-featured Instagram experience on Windows Phone, many Instagramers are using Instance, an unofficial third-party app.

I’ve been trying out the Hipstamatic Oggl app on my Windows Phone this afternoon, and the process of applying filters and effects is less than intuitive at first, at least for someone like me who hasn’t used the iPhone version previously. I’ve also encountered minor bugs such as the flash activating even when I’ve manually set the app to not flash.

Hipstamatic says in the app description, “This is the very first version on WP8 and not only are we going to improve the experience of using the app shortly we also have a lot more feature coming. First up are more social media integration, improved image quality, post processing etc etc.”

Contrary to some reports, the basic Hipstamatic Oggl app does work across different Windows Phones (including my HTC 8X) not just Nokia Lumia devices. However, Nokia separately worked with Hipstamatic to release a free pro version of the app, exclusive to the Lumia 1020, with features that take advantage of the new phone’s advanced photo settings.

The basic app for Windows Phone comes with five lenses and films, with an initial 60-day trial of a Hipstamatic subscription that provides access to its full set of fancy photo effects. The subscription is $2.99/quarter or $9.99/year after that.