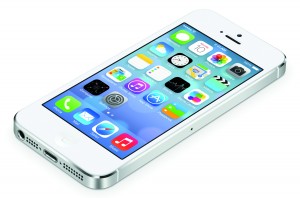 If you’re an iOS user, say goodbye to skeuomorphism, and hello to flat design. The green felt in Game Center is gone, and the calendar on your phone will see a makeover similar to what will be hitting OS X.

All of Apple’s core apps have been re-designed to fit with the new aesthetic, boasting a clean, black-and-white interface accented with splashes of color.

One of the key new features of the OS is Control Center, a panel that users can swipe up from the bottom of the screen at any time that will provide access to key settings, like the ability to put a device in Airplane Mode, or activate a flashlight.

Another important change under the hood has to do with the way the OS handles multi-tasking. iOS 7 will notice patterns of application use and apply that to how each app is allocated power. An app that’s regularly used will get power throughout the day for continual updating, while a seldom-used app won’t get as many resources.

Siri’s also getting a makeover, with new voices and language support. You’ll now be able to choose from a male and a female voice, and communicate with Siri in French and German. Apple expects to add new languages over time. In addition, Siri is now able to control more of your phone–you can say things like “turn on Bluetooth” and it’ll do just that.

The iOS 7 beta is out today on iPhone, and will be out in the coming weeks for iPad. Apple plans to release the new OS to end users in the fall.