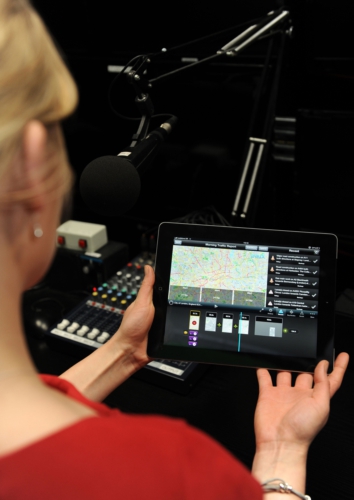 As the Kirkland-based company inches closer to an IPO, INRIX just released a turn-key set of applications that can help media members deliver traffic information faster and for less money.

The traffic information analytics provider is offering something called the INRIX Digital Media Suite made for T.V. and radio media. The web-based app can be used on tablets and PCs and provides in-depth, predictive traffic reports for highways and roads all around the country.

“This opens up a whole new market for traffic reporting,” said Nick Simmons, INRIX vice president and general manager of media, in a press release. “For the first time, local broadcasters have access to turn-key, professional services that deliver valuable traffic insight and inventory with just a few clicks.”

The new product aggregates specific, local traffic information sourced from the INRIX Traffic Intelligence Platform into one place so journalists don’t have to scour multiple websites or feeds. It also provides real-time eyewitness reports from the station’s Twitter and Facebook community.

Companies can try out the radio-specific product here, or wait for the TV-specific app to be released in April.

INRIX, ranked sixth on our GeekWire 200 startup leaderboard, has more than 200 customers, including navigation providers like Garmin, automobile manufacturers like BMW and Internet mapping companies like MapQuest. It employs 275 people worldwide.

Spun off from Microsoft Research in 2004, INRIX sells its traffic data to a variety of customers, typically getting paid on a per unit and per month basis. For example, it is the provider of traffic and navigation information to the Ford SYNC in-car technology system. As a result of that deal, Inrix receives a fee from Ford on every vehicle sold with the system.

In the Seattle area, commuters come in contact with INRIX every day and probably don’t even know it. Its data is used by the Washington State Department of Transportation to notify drivers on digital billboards of how long it will take to reach certain destinations. Seattle’s KOMO 4 TV also uses the company’s information for traffic reports.

Several of the top traffic apps on Android and iPhone — including MapQuest Mobile, Telenav and Navigon — use the company’s information. INRIX also offers a free and premium version of its own mobile app which has recorded more than two million downloads on iPhone and Android and is also available on BlackBerry and Windows Phone 8. 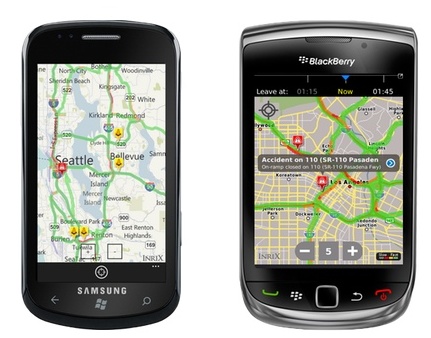 INRIX is driving toward an initial public offering and recently hired a new chief financial officer to help guide the way. Saul Gates, the former senior vice president of finance and chief accounting officer at Coinstar, is now leading the company’s financial operations.

INRIX has also been bolstering its board and management team in recent months. Earlier this year, it hired Tracy Daw, who previously served as RealNetworks’ chief legal officer, as general counsel. Late last month, the company named former Microsoft CFO John Connors to its board, following the appointment of former  Blue Nile CEO Diane Irvine in July.

The company raised a $37 million round of venture capital and purchased its largest European rival for $60 million last year. INRIX is led by CEO Bryan Mistele, the former general manager of Microsoft’s automotive group.