Here’s a fun new category in this year’s GeekWire Awards: Geekiest Office Space, where geeky = cool. Cryptograms on the walls, swanky furniture in the lobby, or a hidden room behind the bookshelf? That’s the type of stuff we’re looking for here.

This category is presented by Knoll, which is not only serving as a sponsor but also visited office spaces around the region to help us narrow a large field of nominees to the five finalists below. Thanks to the Knoll team for all of their work on this.

We kicked off voting for the GeekWire Awards last week (see previous categories here) and we’ll continue tabulating the votes in the 14 categories as we announce new finalists every day. The winners will be revealed at the big GeekWire Awards bash on May 9 in Seattle.

Vote here, and see below for videos and pictures from each finalist.

47 Degrees: How’s this for a location? Here’s a glimpse of 47 Degrees‘ prime spot along Shilshole Avenue in Ballard. See this Facebook gallery for more. 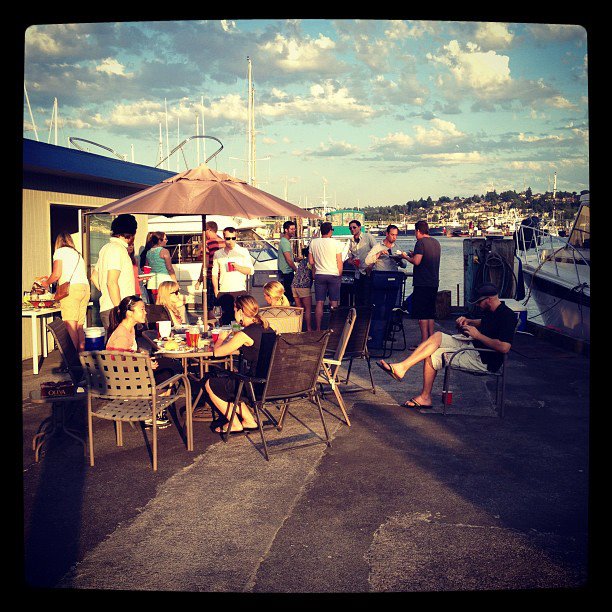 Appature’s headquarters, along Westlake Avenue in Seattle, boast stunning views of Lake Union, ample Nerf guns, bean bag chairs and a well-stocked Kegerator. The health-care marketing company moved into the space earlier this year, prior to its acquisition by IMS. See this Appature post for more pictures from the space. 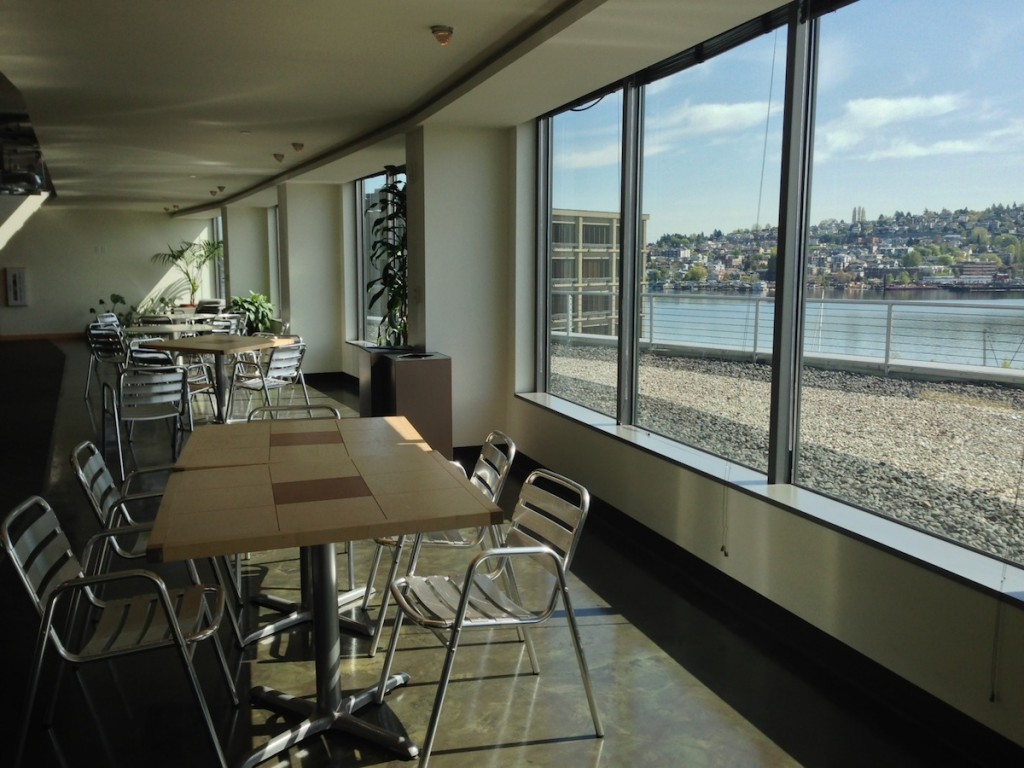 Globys: Features of this company’s Union Station space include a secret library and a fully-stocked pub complete with a Ms. Pac Man arcade game and a shuffleboard. See more from our tour of the space in February, including the video below.

Simply Measured: Tucked above a hair salon in a former photo studio in Seattle’s Capitol Hill neighborhood is the 5,000 square-foot “global headquarters” of Simply Measured. Here’s video from our visit to the space last year.

Thanks again to Knoll, our Geekiest Office Space category sponsor. And looking forward to seeing everyone on May 9!