Inside the small, carpeted basement of Matt Heaton’s house, the scene is reminiscent of Jeff Bezos and the origins of Amazon.

As Heaton tip-toes around hundreds of boxed fossils laying on the floor, ready to be driven to the post office — just like Bezos did with books from his home in 1994 during Amazon’s early days — he notes a similarity to the Seattle online retail giant.

“I remember a story of Bezos having a bell that ringed every time they made a sale,” Heaton says. “When I made my first few sales, I would receive text notifications for each one and my phone kept buzzing in the beginning. I wonder if that’s how Amazon felt.”

No, FossilEra isn’t going to become the next Amazon.com. But Heaton, a Seattle startup vet who co-founded ActiveRain in 2004, seems to be on to something with his new company, FossilEra.

The new e-commerce website is a change of pace for Heaton, who had spent the previous 16 years as a founder, CEO and developer at startups like ActiveRain, Timu Corp. and Apex Learning.

But after his massive-multiplayer online startup Bad Pug Games ultimately didn’t work out this summer, Heaton decided to turn one of his greatest passions into a full-blown business. 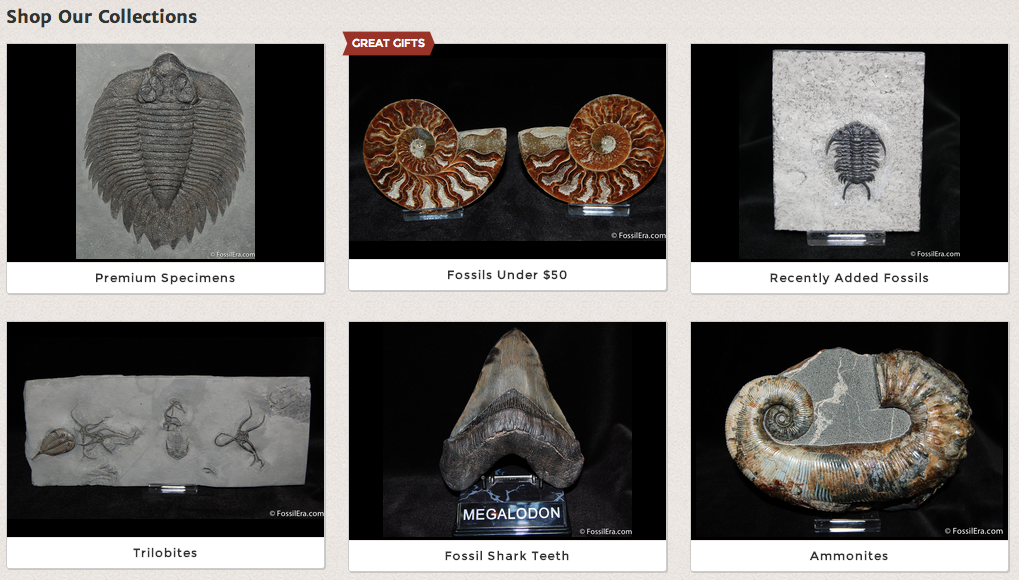 The result is FossilEra, an online marketplace for people to buy high quality fossils and mineral specimens. Heaton, who is using the cash he raised for Bad Pug Games to fund FossilEra, was actually always weary of starting something like this.

“I didn’t want to mix my professional life with my hobby and end up corrupting what I like,” he said. “If I tried to make money off of it, I thought I might hate doing it as a hobby.”

So far, though, Heaton still loves fossils — and especially the ones he’s selling in droves. In just three weeks since FossilEra opened its virtual doors, the company has shipped out more than 500 fossils to customers around the U.S. 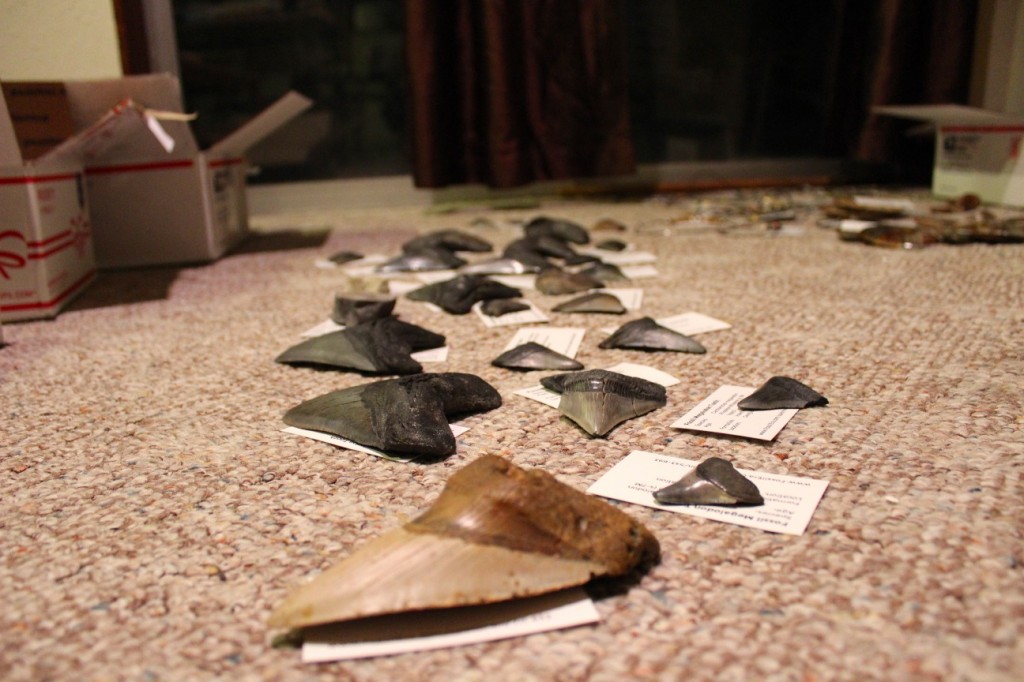 There are a bevy of items available to purchase on the site, priced from $6 to $2,695. Some examples: trilobites that swam along bottom of ocean 500 million years ago; teeth from 60-foot long sharks; ammonite minerals from Madagascar and Morocco.

Heaton knew there was an opportunity for a startup like FossilEra to be successful, having been around the industry for nearly two decades and doing enough market research on what was already out there.

The research showed Heaton that most of the transactions in the worldwide fossil industry — one that Heaton estimates at a billion dollars per year — still happen offline.

“While there are online shops out there, I’d qualify them as hobby businesses,” he explained. “No one really understands Internet marketing and how to sell online, how to market. A lot of them would rather sell stuff in bulk and be done with it. That’s the most efficient thing for them to do.”

Business has been surprisingly good for FossilEra in its first month, but one issue the company faces is making sure enough supply is available — every item is unique and Heaton deals with suppliers all around the world.

“A lot of those people aren’t the most customer-service sales-oriented people,” he said of the suppliers. “I have to do as much work to buy something as I’m used to doing to sell something.”

Heaton, who also has a vast personal collection of fossils from around the world that he’s dug up himself, said that fossils can appeal to a mass market and a much broader audience than just hardcore enthusiasts. Based on the first 500 sales, he’s seeing a lot of customers purchasing products as birthday or holiday gifts.

Heaton, who runs FossilEra with the help of his fiancé and a few part-timers, orders the fossils and has them shipped to his house. Then, inside his Bothell, Wash., house, he inspects the product for authenticity and uploads descriptions and photos to FossilEra. 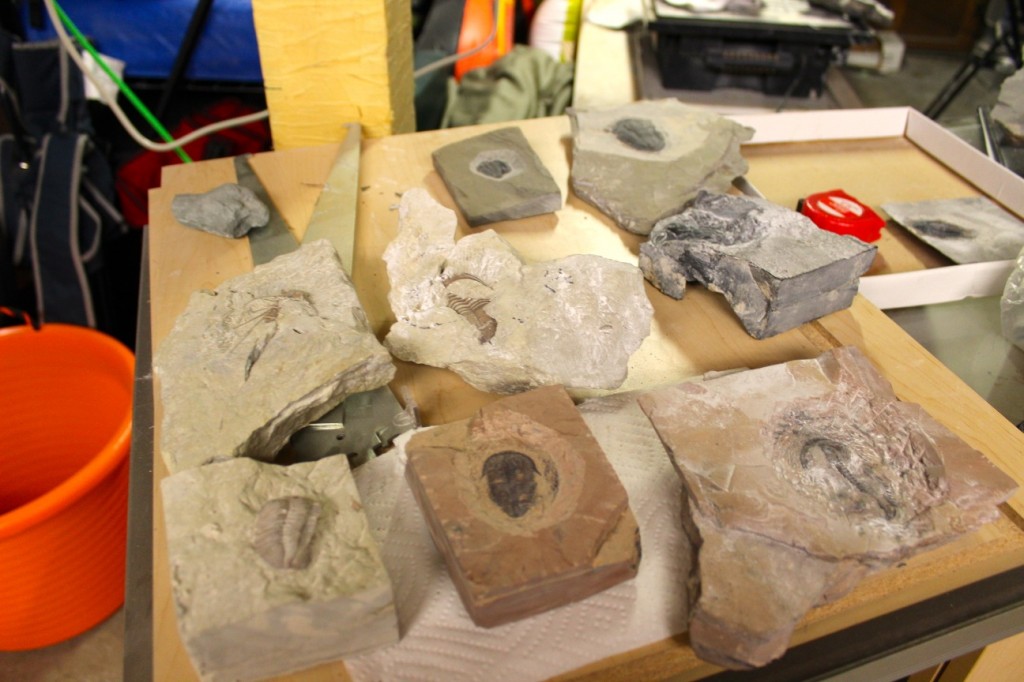 “It’s like real estate — you look for something comparable and base it off that,” he said.

Heaton is focused on the U.S. for now, but has plans to target customers abroad in the future. He wants to bring on a couple employees to scale the business and eventually move the company out of his basement.

And at least for now, Heaton’s new job hasn’t ruined his love for fossils.

“I love going out and collecting fossils and doing field work because it’s a treasure hunt,” he said. “You never know what you’re going to find. I get to go out and find cool things. I may find nothing, or I may find something spectacular no one has ever seen before.”

As far as potentially profitable business ideas, it looks like Heaton may have dug up something special with FossilEra.