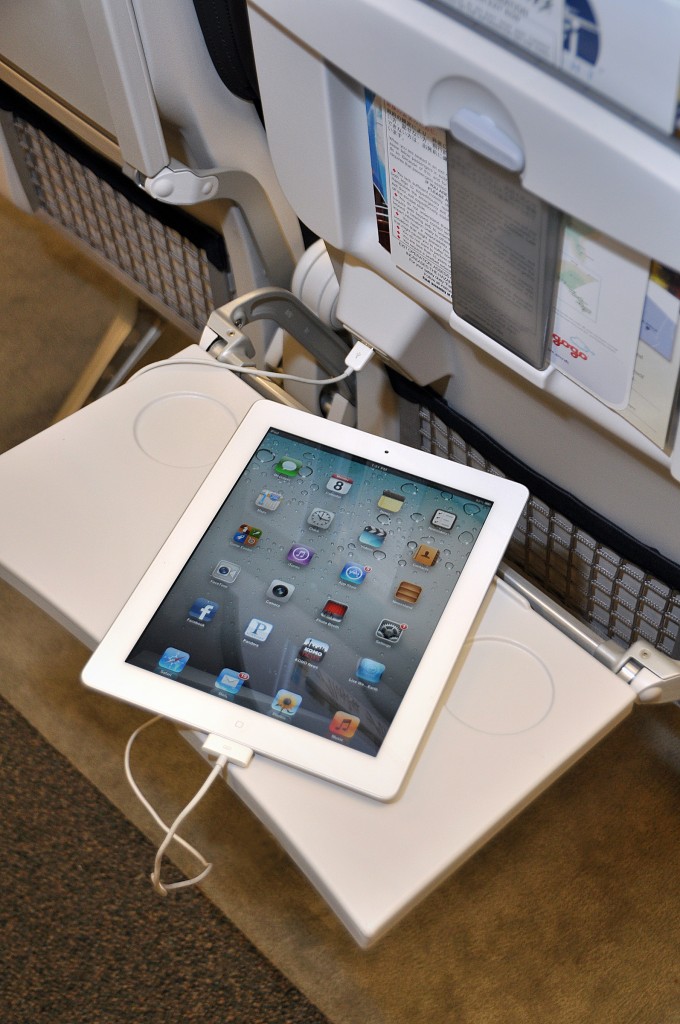 Earlier this year, we wrote a post about flying with our gadgets and wondered if the takeoff and landing restrictions for electronic devices actually had any validity. Several of you chimed in with some insightful comments on the matter.

Now, a report from the USA Today notes that we’re becoming less productive because of the ban on electronic devices — in fact, the article notes that people are set to lose more than 105 million hours of technology activity this year in the air, 104 percent higher than in 2010.

That makes sense, as the market for tablets is continuing to climb dramatically and with more people using smartphones than ever.

It’s true that because of the electronic devices bans, people are technically losing out on valuable work time on their gadgets. In the end, though, that’s still only 60 minutes with takeoff and landing times combined. But I guess that hour can prove valuable for those working around the clock and with nothing else to do but look out the window.

The FAA in August announced plans to establish a group to study the use of portable electronic devices during flight. This interesting article from the New York Times shows how there is no scientific evidence that proves a device can harm a plane’s operations, and cites a NASA report to prove it.

What do you guys and gals think? Are you annoyed by the “no-device” rule or do you not mind disconnecting from the electronic world during takeoff and landing?