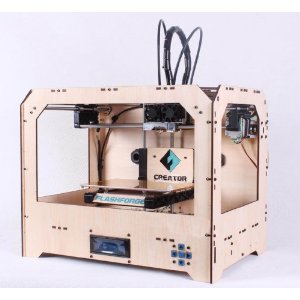 One of the more interesting questions for Amazon CEO Jeff Bezos during the company’s annual shareholder meeting this morning was about 3D printing, and its potential to change the distribution of products and reduce the need for traditional delivery via the company’s growing network of distribution centers.

In other words, will 3D printing enable the digitization of physical goods in the same way Amazon is digitizing books today?

“I think the answer to that is, not anytime soon,” Bezos said. “That’s far, far in the future.”

He cited the capabilities of 3D printing today, saying you can’t build “interesting objects” with limited materials. Even incredibly simple objects “like a toaster” have dozens of materials, he pointed out, calling it “a very complicated object.” Any objects that get built in volume are already built very efficiently, he said.

“I think 3D printing is super interesting,” but it’s probably more interesting for prototyping and other areas along those lines, not for mass production.

“Not yet,” he said. “It will be an exciting world, though, when it happens someday.”

The company does sell plenty of 3D printers in the meantime.