Jason Green, who co-founded action-sports camera company Contour Inc. nearly a decade ago and headed up product development and engineering prior to the company’s closure, says he hasn’t given up hope that Contour’s legacy can live on in some form. 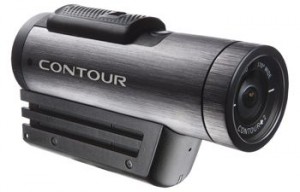 “The things we had lined up for (2013 and 2014) were the best things we had ever done, by a pretty long shot,” said Green via phone this afternoon. “We weren’t done showing the world what we could do.”

He said he didn’t want to provide a sense of false hope, but added, “There’s a part of me that looks at what we’ve got and has some resolve. I don’t know what the future holds, but I don’t see it being void of everything we’ve done or all the people who’ve done it. There’s just too much potential there.”

Contour surprised its employees Friday afternoon with the news that it would be closing its doors, as first reported yesterday by GeekWire. We’ve sent messages to executives including Paul Warburg, the company’s president and chief financial officer, but haven’t yet heard back.

Green continues to have an equity stake in Contour but was no longer a member of the board, preferring to focus on product development. He declined to go into detail about the business circumstances that led Contour to close its doors but said he believes the decision was financially responsible and prudent.

Contour, founded in 2004 by Green and Marc Barros, faced stiff competition from GoPro, whose parent company Woodman Labs raised $200 million from Foxconn last December in a funding round that valued the venture at $2.25 billion. Contour raised total venture capital of around $16 million over its lifetime, and Green says he believes Contour’s location in Seattle factored into that disparity.

“We’ve been a hardware company in a software town,” he said, explaining that it was sometimes difficult to get the region’s traditionally software-focused investors excited about the company’s hardware plans.

His co-founder Barros, who stepped down as CEO in February, talked about the challenge of competing with GoPro in a candid post on his blog in April. Here’s an excerpt.

At Contour we were winning. But most of the time it felt like we were losing. Despite making what many thought was the best product on the market, the gap between us and GoPro wasn’t shrinking, it was increasing. With each incremental dollar in revenue they gained, the gap widened as they plowed that money back into marketing, forever separating the recognition in consumers’ minds.

An agonizing feeling, that tele-tubby box of a camera haunted my dreams. The more I saw it the more I wanted to scream inside. Not out of anger, but out of disbelief that something so ugly could take over the market like a tidal wave.

Read Barros’ full post here, written in the spirit of a startup founder sharing his unvarnished experience with other entrepreneurs.

We’ll continue to post updates on the Contour story as we receive more information. I’ve been hearing from a variety of people who did business with the company, and I’ve been chasing various leads, but for now much of the situation remains unclear. Stay tuned.