Contour Inc., one of the pioneers in wearable camera technology, has abruptly closed its Seattle headquarters — surprising many of its employees and leaving the future of the company unclear.

Founded in 2004, the company employed more than 70 people at its peak. It has faced stiff competition in recent years from rival GoPro, but Contour had made the prestigious Inc. 500 list as recently as last year with reported 2011 revenues of $27.3 million. 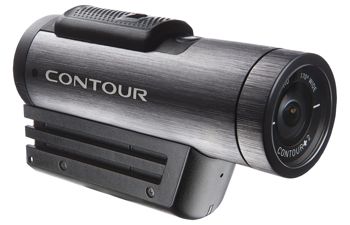 “As of Friday Contour is CLOSED,” wrote Jacob Hase, the company’s former social media manager, in a public post on his personal Facebook page this week. “Ya, it shocked all the employees even more. Incredibly hard to just walk away from something you put so much energy into.”

He added in a follow-up comment, “No one really knows what happened. We were just told we are no longer are employed by Contour and the doors were locked on Friday.”

Contour’s cameras, which can be mounted on helmets, bikes and other equipment, are popular among outdoor sports enthusiasts and others as a way to create first-person point-of-view videos.

[Follow-up: Contour co-founder: ‘We weren’t done showing the world what we could do’]

The company’s headquarters space, in a large suite at Seattle’s Northwest Work Lofts, was locked as of early this afternoon, with no one inside, and others at the complex confirmed that Contour employees haven’t been seen there since last week.

Cameras and accessories on the company’s website, including the $350 Contour+2, are listed as temporarily out of stock. Remaining executives with the company haven’t yet returned messages from GeekWire seeking information on the status of the business.

Marc Barros, the Contour co-founder and former CEO who left the company earlier this year, is no longer affiliated with Contour and said via phone today that he hadn’t received any official word about what was happening beyond what he had read on social media.

Barros said it would be sad to see Contour go away. “People spent a lot of years building a great company,” he said.

A search of King County and federal court records didn’t turn up any further clues. We’ve left a series of messages with Contour executives and former employees and will post updates as we learn more.

Follow-Up: Contour co-founder: ‘We weren’t done showing the world what we could do’