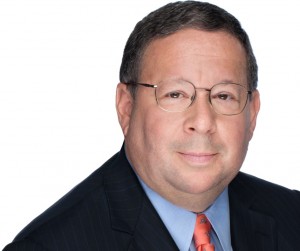 As far as Comcast is concerned, gigabit broadband is more bandwidth than consumers want, though they might not know it.

“For some, the discussion about the broadband Internet seems to begin and end on the issue of “gigabit” access,” he wrote. “The issue with such speed is really more about demand than supply. Our business customers can already order 10-gig connections. Most websites can’t deliver content as fast as current networks move, and most U.S. homes have routers that can’t support the speed already available to the home.”

He continued by praising the leadership of U.S. in providing broadband, something that other reports have noted isn’t quite as strong. The FCC issued a report in 2011 which indicated that U.S. ranks 9th overall for mobile broadband adoption and 12th for fixed broadband, behind countries such as Germany and South Korea. Cohen wrote:

As consumer demand grows for faster speeds, a competitive marketplace of wired and wireless broadband providers will be ready to serve it. Today there is a cottage industry of critics who always want to tell us that our broadband Internet is not fast enough or satisfactory for one reason or another. The reality is that the United States is leading the way in speed, reach, and access — and doing so in a vast, rural nation that poses logistical connectivity challenges unlike any other country. In other words, because consumer-quality routers aren’t equipped to deal with that much bandwidth, making speeds like that accessible to users isn’t worth it.

Those comments seem odd, considering that almost 1,100 communities applied to be the testbed for gigabit Internet via Google Fiber. That service currently offers consumers in Kansas City around 10 times the speed of Comcast’s fastest consumer plan for a fraction of that price, and plans include a router that is specifically designed to handle gigabit-speed traffic.

What do you think? Are you ready for gigabit broadband?

Previously on GeekWire: Mapping Seattle’s gigabit Internet plans: Are you in or out?