Playing defense on Madden 25 for the Xbox One is about to be way more intense, detailed and creative than it ever was in previous football video games. That’s because EA Sports has figured out a way to incorporate a new second-screen experience using a SmartGlass app called CoachGlass. 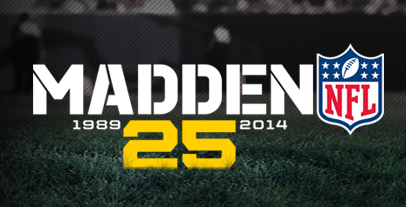 Defense hasn’t always exactly been super fun to play in Madden. Often times, gamers will let the computer control nearly everything and do as little as possible on defense in fear of making big mistakes (my Dad did this all the time when we played). On offense, however, you’re always carrying the ball, in complete control of your player.

But now, Madden gamers will be able to act as a virtual NFL defensive coordinator by using a second screen with loads of new strategic, real-time information ready at their disposal.

CoachGlass has three main features, which are drawn out in the video below:

I haven’t been able to try this feature out, so I’m a little skeptical of switching between a second screen and the controller. That being said, I love the idea of CoachGlass. It takes the old “Ask Madden” feature — which would only recommend a few plays based on down and distance, not crowd-sourced data — to a crazy new level. Though for now, this is a defense-only addition.

By the way, even though this is Xbox One-specific, you don’t need a Microsoft device to use CoachGlass since SmartGlass is available for free on iOS, Android and Windows Phone.

The Xbox One version of Madden 25 debuts on Nov. 22 when Microsoft’s new console hits shelves.