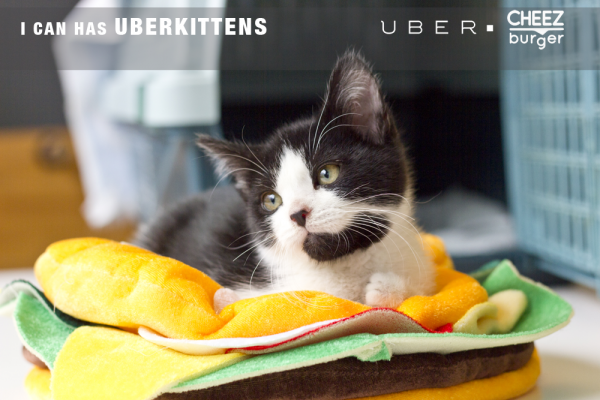 But that’s exactly what Seattle-based humor website Cheezburger and on-demand car service Uber managed to pull off a few weeks ago when they partnered to deliver kittens to your doorstep. 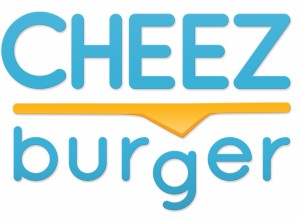 On Oct. 29, cat-lovers in Seattle, San Francisco and New York used the Uber app to request 15 minutes of kitten playtime delivered to their doorsteps for $20, with all proceeds going to three participating shelters.

Cheezburger CEO Ben Huh wrote about the campaign today in a blog post, recounting a few roadblocks and all the effort that went into the project.

Based on the numbers, the kitten-delivery idea was a big success — at least from a marketing standpoint. Demand for felines were off-the-charts: 1,044 kittens per hour were requested. In fact, here at GeekWire we tried to enjoy some quality cat cuddle-time, but our attempts were unfortunately unsuccessful.

When it was all said and done, 288 special Cheezburger cupcakes were delivered, more than 75 media outlets wrote about the campaign, nine people decided to adopt a kitten and $14,268 was raised for the shelters.

The idea for this started way back in March when Emily Huh, wife of Ben and Director of Business Development at Cheezburger, offered up the idea to Uber.

But nothing really happened until a few months later, when Emily Huh reached out to Uber again with the pitch.

“If an idea stalls, sometimes you have to keep trying if you really believe in it,” Ben Huh wrote.

From there, communication between Cheezburger, the cat shelters, Uber representatives and cupcake makers was off-and-running.

Everything seemed to be in place when Ben Huh was waiting for the kittens to arrive at the Wall Street Journal Live set for a TV interview in New York City. They were late and Huh began to sweat, but with three minutes to spare the felines came through.

“One day, I’ll share with you my tips on how to handle an excited kitten on a live interview while I’m doped up on antihistamines (if you didn’t know, I’m allergic to cats. #bombshell),” Huh wrote. “But that’s another post.”