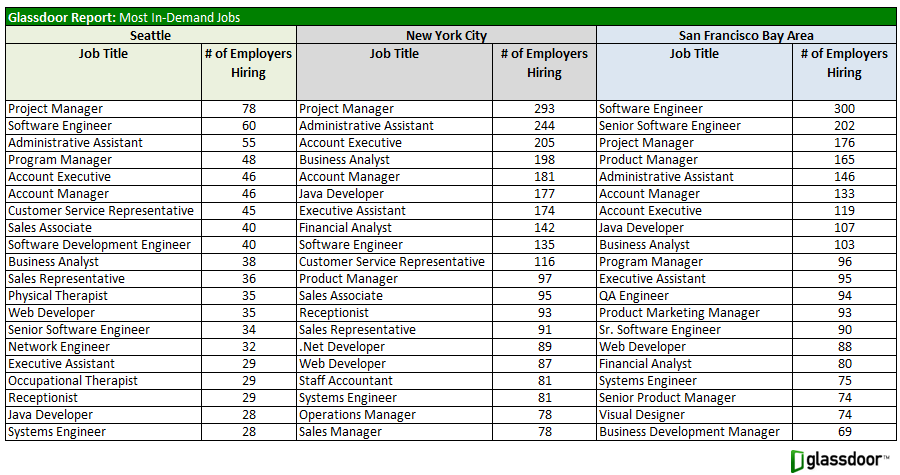 There are lots of ways to slice and dice jobs data, but employment review site Glassdoor has come up with some interesting numbers that show which types of positions are most in demand among employers in some of the nation’s most tech-centric regions.

Glassdoor, which earlier today released data about employee satisfaction in cities around the country, followed up at GeekWire’s request to see which types of jobs are in most demand in Seattle, the San Francisco Bay Area and New York City.

The numbers above, drawn from GlassDoor’s jobs database, show how many employers are hiring for each type of position (regardless of how many people each employer is hiring for that type of position.) Click the image above for a larger view of the chart.

Yes, if you’re just entering college, you should definitely think about becoming a software engineer. In case there was any doubt.

Unless you’re in New York, apparently, where administrative assistants are in particularly high demand.

The role of project manager is at the top of the list in the Seattle region, but when you add up the different forms of software engineering (software development engineer, senior software engineer, etc.), those roles eclipse all the others in terms of number of employees hiring.