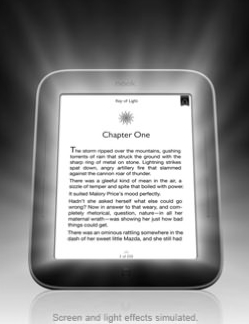 Amazon.com may have killed it, and Microsoft may not be able to save it.

Yes, Barnes & Noble’s e-reader device, the Nook, is in a precarious situation. And now it has been tagged with an unfortunate label by the folks at 24/7 Wall St., which have put the Nook on its list of brands that will die in the next 18 months.

The Nook was launched in 2009, and Microsoft last year invested $300 million in the business unit. (A report out earlier this month suggested Microsoft may pay up to $1 billion for the rest of the Nook’s digital assets). But, even so, that cash may not help the struggling e-reader.

The editors write that it has been “downhill” ever since the Microsoft investment with sales of the device declining by 26 percent in the most recent quarter and big losses adding up.

“The Nook’s disadvantage may have little to do with its hardware or software and more to do with size of its online audience. It competes against much larger e-commerce sites that have access to hundreds of millions of new readers. While Amazon has more than 130 million visitors a month according to Quantcast, Barnes & Noble has just over 6 million visitors.”

The other notable brand on the list is LivingSocial, the daily deal company backed with $175 million from Amazon.com. The editors at 24/7 Wall St. note that LivingSocial is losing money, and that Amazon.com recenly wrote down the investment by $169 million.

Last year, the online publication predicted that Suzuki, MetroPCS,  Current TV, American Airlines, Talbots, Research In Motion, Avon, the Oakland Raiders and Salon would no longer be in existence.

OK, now it’s your turn to predict? Which big brands do you think won’t make it through the year?