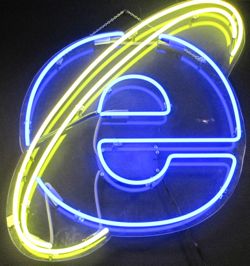 Microsoft’s Internet Explorer has not exactly been the web developer’s friend in years past, with quirks aplenty and “standards” all its own. But the IE team has improved the situation considerably with its latest releases, and the step it’s taking today might just make up for some of that bad karma from years ago.

The company this morning launched a new site called Modern.IE that houses a set of online tools designed to help developers to test their sites.

The site include a webpage scanning tool that finds common compatibility problems and suggests fixes for supporting older versions of IE, and also for compatibility with other browsers. This being a Microsoft service, the tool also offers suggestions for using features of Windows 8 such as a Start screen tile and touch browsing.

The site also offers virtualized testing for different browsers and operating systems, via a three-month free subscription to the BrowserStack testing tool. Modern.IE is also launching with development and testing tips from Dave Methvin, president of the jQuery Foundation; and Microsoft technical evangelist Rey Bango.

Microsoft’s Ryan Gavin said the site arose from the belief that developers are still spending too much time trying to get their sites to work across browsers, which takes away from the time they have to innovate and push the web forward.

“We certainly know that IE’s past has played a role in making developers’ lives not as easy as we could,” he said, calling this part of the company’s overall effort to improve the situation. He said Microsoft will be taking feedback from developers and improving the tool over time.