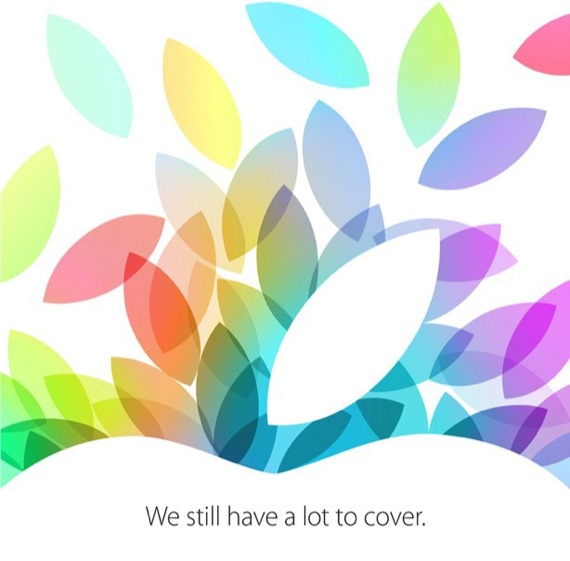 Apple fans, you can go ahead and circle October 22 on your calendar in pen.

As predicted, Apple announced today that it will be holding a press event at 10 a.m. on October 22 in San Francisco. Currently, the company is expected to unveil a refresh to the iPad and iPad mini, as well as possibly new revisions to its line of Macs, including a new Power Mac which was teased at WWDC.

OS X Mavericks, which was also previewed at WWDC, recently achieved Gold Master status, and may get some time in the sun at next week’s event too.

The image that went along with the invite featured the phrase “We still have a lot to cover,” and featured a variety of colorful leaves expanding out from the Apple logo. Usually, Apple’s designs mean something when it comes to the content of a presentation (such as last month’s circles heralding the arrival of the iPhone 5S and 5C) but the meaning of this image is anyone’s guess.