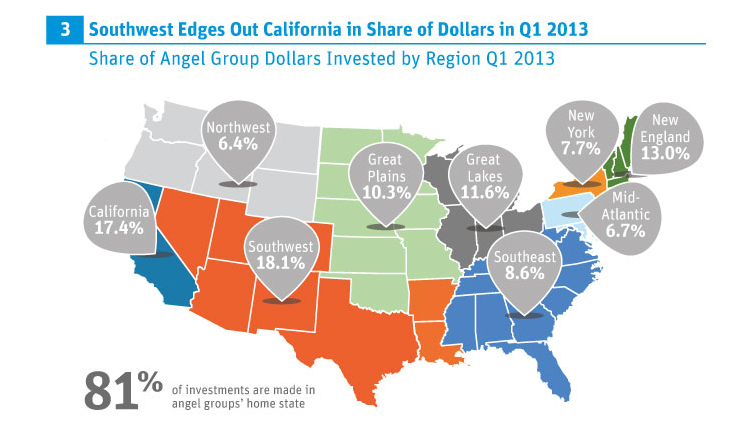 More angel money is being invested in the Southwest region of the U.S. and median angel round sizes reached a five quarter high at $680,000 in the first quarter of 2013.

Those are some of the findings in a new report out today from the Angel Resource Institute, CB Insights and Silicon Valley Bank, which sheds a bit of light on the nebulous world of angel investing.

The Halo Report finds that the median premoney valuation for early-stage deals by angel groups stayed consistent at $2.5 million during the first quarter. It also found that the median amount invested was $680,000 per deal, which sets a five-quarter high and is up from $550,000 one year ago.

Angel group investing fell in the Northwest, from an 8.3 percent share last year to 6.4 percent during Q1 of 2013. Also interesting to note that in the past year, 81 percent of deals were completed in the angel groups’ home state.

Here’s the full infographic from the report: