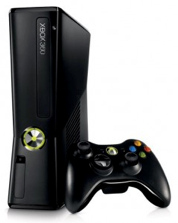 Foxconn Technology Group is in the spotlight again. The giant Chinese contract electronics maker — the subject of playwright Mike Daisey’s scathing one-man show “The Agony and Ecstasy of Steve Jobs” — has reportedly resolved a labor dispute in which workers had climbed to top of the factory and threatened suicide.

The New York Times reports that the pay dispute was resolved peacefully, and no one was hurt. The workers were reportedly building Microsoft’s popular Xbox 360 gaming console in the central Chinese city of Wuhan.

Foxconn, which also makes the iPhone and Kindle, has struggled with worker unhappiness and has dealt with a number of employee suicides. The working conditions at a Foxconn plant was the subject of Daisey’s play.

About 150 of the 32,000 workers at the plant were involved in the dispute, which escalated on Jan. 3rd when workers climbed to the top of the company’s dormitory. The issue arose after Foxconn announced its intentions to shift workers.

“Actually none of them were going to jump. They were there for the compensation. But the government and the company officials were just as afraid, because if even one of them jumped, the consequences would be hard to imagine,” Wang Jungang, an equipment engineer in the Xbox production line, told the New York Times.

Forty five of the employees eventually resigned over the dispute.