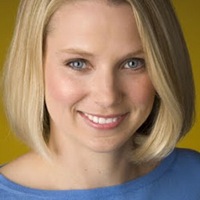 Google’s Marissa Mayer, one of the top executives at the search giant, has resigned to accept a position as the new CEO of Yahoo.

The New York Times DealBook blog has confirmation and details of the news, which is completely out of left field. Mayer hadn’t previously been named among the people being considered for the top slot at the struggling Internet company.

With a former Google exec taking over as Yahoo CEO, what does this mean for Microsoft’s search partnership with Yahoo? “I actually think the partnership has been a positive for the company,” Mayer tells the New York Times.

Yahoo turned over its underlying search infrastructure to Microsoft through the partnership in 2009, and in that way became less of a competitor to Google in search. Mayer says she plans to focus the company on franchises including email, finance and sports, in addition to video and mobile.

Yahoo! (YHOO) today announced that it has appointed Marissa Mayer as President and Chief Executive Officer and Member of the Board of Directors effective July 17, 2012. The appointment of Ms. Mayer, a leading consumer internet executive, signals a renewed focus on product innovation to drive user experience and advertising revenue for one of the world’s largest consumer internet brands, whose leading properties include Yahoo! Finance, Yahoo! Sports, Yahoo! Mobile, Yahoo! Mail, and Yahoo! Search.

Mayer said, “I am honored and delighted to lead Yahoo!, one of the internet’s premier destinations for more than 700 million users. I look forward to working with the Company’s dedicated employees to bring innovative products, content, and personalized experiences to users and advertisers all around the world.”

Most recently, Mayer was responsible for Local, Maps, and Location Services for Google, the company’s suite of local and geographical products including Google Maps, Google Earth, Zagat, Street View, and local search, for desktop and mobile. Mayer joined Google in 1999 as its 20th employee and led efforts for many of Google’s most recognizable products, including the development of its flagship search product and iconic homepage for over 10 years. Mayer managed some of Google’s most successful innovations, launching more than 100 features and products including image, book and product search, toolbar, iGoogle, Google News, and Gmail – creating much of the “look and feel” of the Google user experience.

Yahoo! Co-Founder David Filo said, “Marissa is a well-known, visionary leader in user experience and product design and one of Silicon Valley’s most exciting strategists in technology development. I look forward to working with her to enhance Yahoo’s product offerings for our over 700 million unique monthly visitors.”

“The Board of Directors unanimously agreed that Marissa’s unparalleled track record in technology, design, and product execution makes her the right leader for Yahoo! at this time of enormous opportunity,” said Fred Amoroso, Chairman of the Board of Directors.

“Yahoo!’s products will continue to enhance our partnerships with advertisers, technology and media companies, while inspiring and delighting our users. There is a lot to do and I can’t wait to get started,” Mayer said.