Valve is well known for groundbreaking games such as Half-Life, Team Fortress 2 and Portal.

But the 16-year-old Bellevue game maker also is renowned for its counterintuitive corporate culture, one in which bosses don’t exist and employees are encouraged to take big risks without consult. It sounds a bit like anarchy.

But it works for Valve, which has grown to more than 320 employees and now boasts profits-per-employee that are greater than Microsoft, Amazon.com and Google.  Valve’s culture of innovation and experimentation was highlighted earlier this year when its now famous “Handbook for New Employees” leaked out, a manifesto of sorts in which employees were told that “this company is yours to steer.”

Speaking today at the Seattle Interactive Conference, Valve’s Greg Coomer talked about how things get done at Valve when there’s little structure and “nobody is checking your work.”

“The actual career growth in an environment like Valve’s is incredibly accelerated and it is something that allows people to make progress exactly limited only by their own desire and ability,” he said. “When you spend time at Valve, you are enormously empowered and you grow a lot faster than if you were following a more traditional path.”

At Valve, Coomer said that employees have the power to ship product by themselves almost without checking with anyone.

“That can be pretty daunting,” noted Coomer. “Everyone is constantly making big decisions for the company, and deciding where we’ll go and what products we should build and so forth. It can feel like an exercise and an experiment in cooperative leadership.”

Typically, he said, when the culture is shared with outsiders the common reaction is disbelief. Some describe it as “new-agey” or a “recipe for political disaster” or suggest that there’s some secret cabal that really calls the shots at Valve. 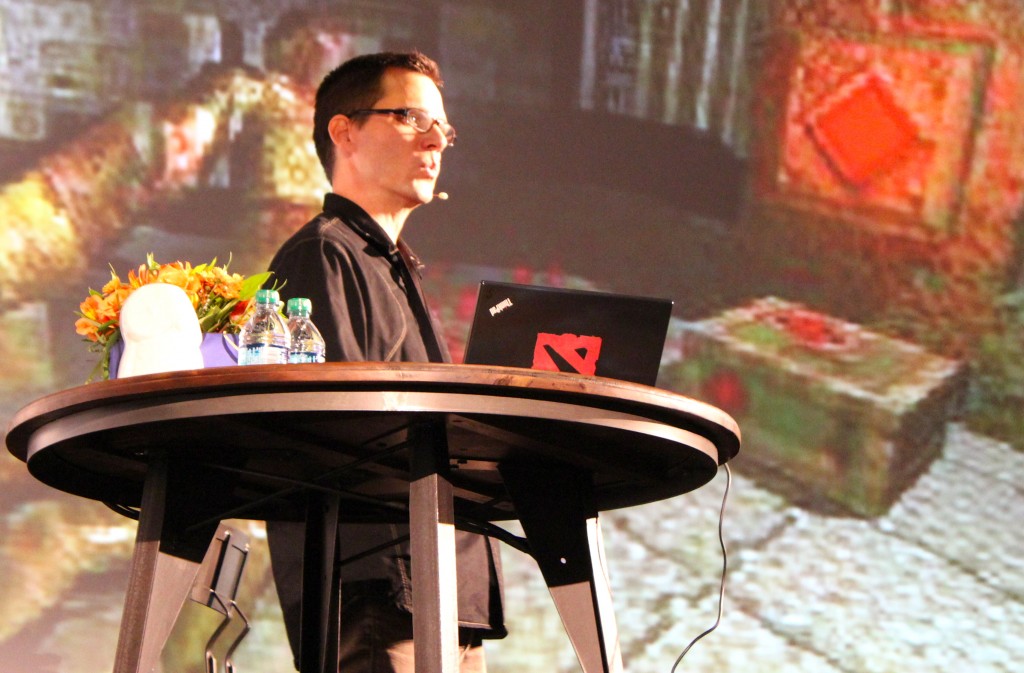 But Coomer said that’s just not the case, even though at times he said it does feel as if they are proselytizing a set of beliefs that not everyone understands. “We are trying to learn to talk about it in a way that doesn’t make us sound crazy,” he said.

It does take time for both insiders and outsiders to understand Valve — one of the reasons why they created the handbook.

After all, Coomer noted that it does take time to figure out how to be effective at a place where there’s very little hierarchical structure.

“There are attributes that other companies have quoted about themselves that they allow their (employees) to spend some fraction of their time actually deciding on their own what to work on, but at Valve that percentage of your time is 100 percent,” said Coomer. “Every single person is responsible for deciding what they do every day.”

Of course, that sort of flat corporate structure has downsides. For one, Coomer said there’s no one to blame for making mistakes, and it is up to the individual to make their own success.

Nonetheless, employees at Valve are encouraged to think big, and take risks. That risk tolerance is extremely high at the company, a core principle at Valve.

“Three people at the company can ship anything,” said Coomer. “And the reason it is three people — because really it is one person can ship anything — but the work gets better if you just check with a couple of people before you decide to push a button.”

He added: “If we are going to hire these incredible people, and we are not going to put constraints on them, then we can’t be afraid to let them actually take charge and ship. That takes a lot of courage and trust,” he said.

UPDATE: A reader in the comments asked how a flat managerial organization like Valve deals with hiring and firing. Coomer addressed both in the Q&A portion of his remarks today.

Here’s what he had to say about firing people at Valve:

“I wish that we had covered firing in the employee handbook. It was one of the things that we left out. And we tried writing it, and we didn’t feel like we were capturing how Valve thinks about (firing) in a well enough way. It was almost a wording problem. We couldn’t get it done in the time that we wouldn’t to finish the handbook. The short answer of how we handle terminations, really, is the same as we approach all other decisions at the company. It is a peer driven process. If it turns out that we made a bad hiring decision, or that somebody is just not working out, there’s a method we use to get the people who are involved in the same room and to walk through the decision about what should really happen as a result of this person not functioning very well. Some of the details are kind of boring, but the main answer is that it is peer driven, just like we evaluate each other as peers.”

Here’s what he had to say about hiring people at Valve:

“The interview process looks more like a collaboration and a work process…. It is a very real world kind of problem solving. It is not a lot about asking people what they would do in a certain environment, or what they have done in the past. We ask those things. But the meat of our decision making comes out of a process where we are putting people in an environment, even in an interview, where they are really doing work and watching them collaborate and pushing them and finding their limits.”