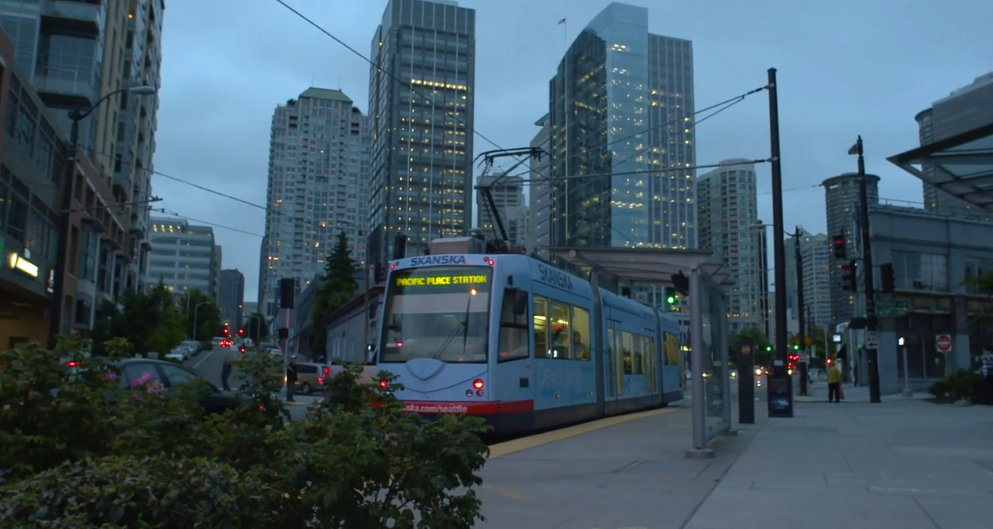 I’ve lived in Seattle for a long time now — almost achieving native status after my 18 years. And during that time, nothing has struck me in the city as much as the total transformation of the neighborhood of South Lake Union — an amazing phenomenon that has truly accelerated in the past few years now that Amazon.com has arrived in the old industrial zone. (Ballard’s transformation, where I’ve lived for most of my time in Seattle, ranks a close second).

As Amazon and other companies continue to expand their footprints in the city, it’s sometimes good to step back and reflect. That’s why I enjoyed watching Eric Becker’s new documentary film: Placemaking. Though just a short seven minutes, the film puts the transformation of the South Lake Union neighborhood in perspective through the words of architects and urban planners, noting the importance of density and human interaction.

“Seattle has the opportunity to create a Pearl District. To create the Meat Packing District in New York,” says architect Kyle Gaffney of SKB in the film. “We have that opportunity right here in South Lake Union. And if resistance to change and resistance to density — if that drives — then I can see that neighborhood, certainly not thriving and, in my mind, just a wasted opportunity.”

Many of the comments in the documentary are opinions I’ve heard shared by Amazon.com’s architecture firm, which is proposing a massive redevelopment in Seattle’s Denny Triangle neighborhood, one that’s been labeled the biggest in the downtown’s history.

Personally, I like many of the architectural and design changes taking place in our city (SAM’s Sculpture Garden; Pioneer Square; the waterfront tunnel; etc.). This city is going to look completely different in 10 years. What do you think?

Previously on GeekWire: Seattle Mayor Mike McGinn: We are the city of the future

[Editor’s note: The film will be shown next Tuesday at the Seattle Architecture Foundation’s Pocket Parks event.]