While researchers studying animal behavior can’t quite yet track how many tweeting birds have lots of “followers” and which ones use the most “hashtags,”  they are now able to study animal social behavior on a whole new level thanks to electronic tags developed at the UW. 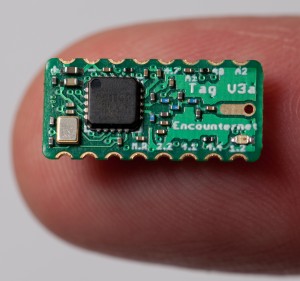 A new study released last week by Scotland’s University of St. Andrews used the tags to show how crows actually have close relationships and exchange information with several other birds outside the immediate family.

In the past, researchers would tag animals using radio transmitters to detect frequency strength. This required biologists to be in close proximity in order to record data.

But now, a UW system called Encounternet utilizes programmable, lightweight digital tags that can send and receive pulses. The signal strength can detect and record other the distance from other animals and helps studying animal interaction immensely. Brian Otis and John Burt, the UW professors who co-authored the study, founded Encounternet LLC in Portland this fall.

Though this is the the first published study using the new tags, several other researchers are using the UW invention, from the relationships between birds and ants to the mating patterns of manikins.

So, what’s the next step from here? Maybe researchers will invent a Twitter software for birds to use with each other — “Tweeting” in its truest form.