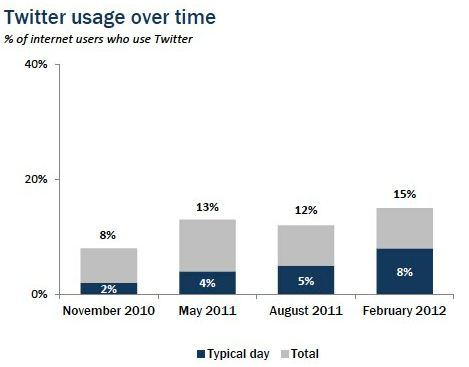 Do you use Twitter on a daily basis? If so, you are one of eight percent of Americans who do so. That’s the latest statistic from a report out by the Pew Research Center’s Internet & American Life Project. 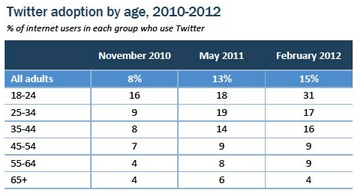 As you’ll see in the chart above, daily Twitter use is on the rise, from two percent in November 2010 to five percent in August 2011. What’s driving the surge?

The report doesn’t offer specifics, but does speculate that it could correlate with the increase in smartphone usage in the U.S. (Previously on GeekWire: 86% of U.S. adults use phones to settle arguments, solve problems and meet friends)

And, as you’ll see in the breakdown by age in the accompanying chart, those between the ages of 18 to 24 have increasingly started using Twitter in the past year, up from 18 percent to 31 percent.

“This correlation between Twitter adoption and smartphone ownership may help to explain the recent growth in Twitter usage among young adults,” the report says. “Those ages 18-24 are not just the fastest growing group when it comes to Twitter adoption over the last year—they also experienced the largest increase in smartphone ownership of any demographic group over the same time period.” 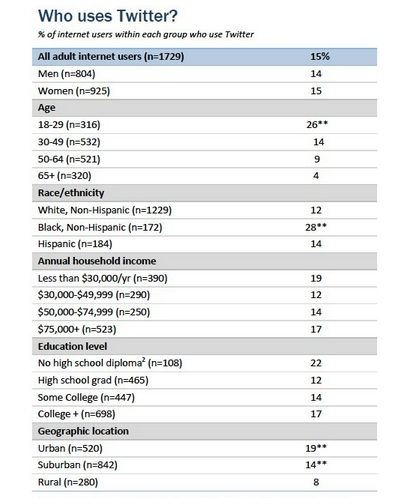