Sony has decided to close Zipper Interactive, the Redmond-based game development studio founded in 1995 and acquired by the video game giant six years ago. 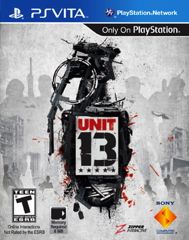 The news comes as Sony closes out its fiscal year, with an estimated loss of $2.7 billion.

Zipper is known for franchises including SOCOM U.S. Navy SEALS and MAG, and had recently been focusing on games to support the PlayStation Move controller and PlayStation Vita handheld gaming device, with the Unit 13 launch title.

“The closure is a result of a normal cycle of resource re-alignment within Sony Computer Entertainment World Wide Studios,” a Sony representative said in a statement published by Forbes. “Zipper has completed all work associated with its most recent project, Unit 13 for PlayStation Vita. Zipper titles MAG, SOCOM 4 and Unit 13 will continue to be supported, including the new Daily Challenges in Unit 13.”

Forbes reports that Zipper employed 80 people. No word yet on how many employees will be let go or offered a chance to work in other Sony studios. Sony also owns Sucker Punch Productions in the Seattle region, maker of the Sly Cooper and inFAMOUS video games.

(Thanks to Isaac Alexander)