Microsoft’s Smart Personal Object Technology, also known as SPOT, was originally unveiled by Bill Gates a decade ago. It was a neat concept — using FM transmissions to deliver lightweight data services such as news headlines, sports scores, gas prices and weather to devices. It started with watches and later expanded to GPS navigation units and even a coffee maker. 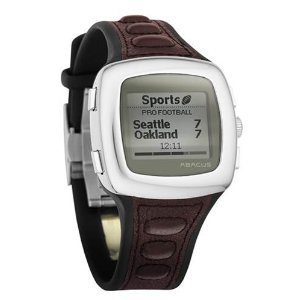 Of course, it was our phones that ended up being the smart devices in our lives, giving us all of that information and more via cellular and WiFi networks.

And yesterday marked the official end of the Microsoft initiative, as the MSN Direct service that powered the devices went dark, as noted by Engadget.

The end of the service was not a surprise. Sales of the watches were discontinued in 2008, and MSN Direct’s Jan. 1, 2012, end of life was announced in October 2009. The SPOT initiative was long ago relegated to the status of flop.

I’ve covered this one almost since the beginning, and remember listening to Bill Gates as he demonstrated his watch to a group of reporters at a small gathering after the SPOT unveiling in Las Vegas. Even back then, Gates seemed to realize that it was a bit of a novelty product, in part because of the bulky designs of the first-generation watches, but also in a broader sense.

The watches and follow-up devices pointed accurately to a future of connected devices, but in the end they weren’t the right implementation to connect with mainstream consumers. It’s an example of Microsoft having a good sense for where technology was headed but not clearly seeing how people would incorporate the connected world into their everyday lives.

But hey, let’s give the company some credit for at least attempting to do Dick Tracy proud.