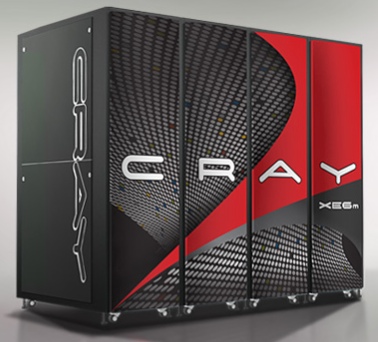 The up and down story of Cray continues with the company saying today that revenues will fall below original expectations. It also plans to post an operating loss for 2011.

The Seattle-based maker of supercomputers said that supply issues related to “a key component” was unavailable for the XK6 system that it planned to deliver to the Oak Ridge National Laboratory during the fourth quarter.

“With incredible efforts from our employees and our customers we were able to complete the vast majority of our system acceptances, but due to delays related to a key component of our systems we weren’t able to complete our planned acceptance at Oak Ridge,” said Cray CEO Peter Ungaro in a release. “This acceptance is currently in process and we expect to complete it in the first quarter of 2012. We previously expected to have record revenue in 2012, and with this change in timing we have increased our outlook accordingly.”

Nonetheless, Wall Street doesn’t like surprises and Cray shares are down more than seven percent on the news.

The company said that a “wide range of results remains possible for 2012,” but added that revenue is expected in the $400 million to $420 million range. The company said it plans to be “solidly profitable” in 2012.

Cray has cited parts supply challenges in the past, a factor that caused revenue to fall during the third quarter.