Kickstarter — the online marketplace for funding new ideas — often gets associated with geeky gadgets and other techie inventions. 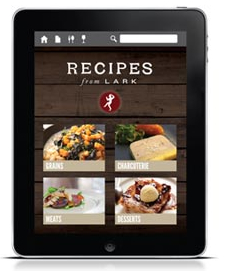 But Seattle chef John Sundstrom of Lark fame is jumping into the Kickstarter frying pan, looking to raise $33,000 for a new cookbook, mobile app and e-book. Sundstrom is already off to a good start, with 67 backers pledging some $14,305.

One backer has already kicked in at the $5,000 level, which provides a private dinner party cooked especially by the award-winning chef at the home of the donors.

Sundstrom’s geeky approach to the cookbook and mobile apps should be well received in Seattle, which we’ve noted in the past has a strange preponderance of upstart cooking and food-oriented Internet sites. (Urbanspoon, BigOven, AllRecipes, Foodista, Rouxbe, etc.)

Here’s more from the Kickstarter pitch:

This will not be a traditional cookbook. It will be an app for both Apple and Android platforms, featuring over 90 of John’s recipes inspired by the Pacific Northwest, beautiful photography, step-by-step instructions, and videos of John in the kitchen and in the field. An eBook and limited edition print version will follow.

Focusing on do-it-yourself publishing and new/mobile media will allow for more dynamic content than the traditional publishing model, and for input from the friends, local partners, and community that have helped shape the Lark experience over the last eight years.

“This Kickstarter project is one way for us to reach out to our local community,” Sundstrom notes in his pitch.

[Hat tip to The Seattle Times]