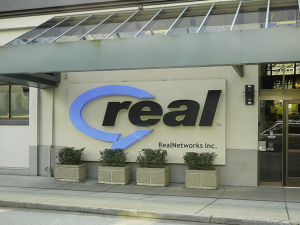 RealNetworks plans to start running three of its divisions as standalone business units, saying it wants to make them more accountable for their own financial and operational performance.

The company’s RealPlayer, Software as a Service and Games units will become more autonomous as a result of the changes. RealNetworks declined to comment beyond a regulatory filing disclosing the plan, but this is the type of step commonly taken by companies positioning themselves to sell or spin off divisions.

The changes are the latest in a series of moves by the Seattle-based company under the leadership of chairman and founder Rob Glaser, who returned as interim CEO this summer.

RealNetworks said in the filing, “As part of this strategy, the Company plans to move some functions, particularly within the Company’s shared services and corporate areas, into the businesses in order to, among other things, increase accountability for financial and operational performance within each business. RealNetworks does not expect this strategy to impact the way it presents and reports its consolidated financial statements and results of operations.”

A few years ago, RealNetworks took initial steps to spin off its games group, but tabled the plan in the face of difficult market conditions. The games group now operates under the GameHouse brand.

The Securities and Exchange Commission filing didn’t state which carriers’ contracts are being transferred to Livewire, and RealNetworks spokeswoman Barbara Krause said she could provide no information beyond the facts in the filing.

The transfer of the contracts is expected to cost RealNetworks $6 million in charges. But overall, the company projects it will cut operating expenses by an estimated $10 million, according to the filing.

Last week, RealNetworks announced it was laying off 80 employees and planned to cut 80 more jobs in the coming months. In Thursday’s SEC filing, the company said those layoffs combined with the $10 million in savings from the contracts it’s getting rid of are expected to cut costs by a total of $29 million.

The layoffs had been expected since the company’s latest earning report, when Glaser signaled plans to cut $45 million in annual operating expenses.

RealNetworks was a pioneer in audio and video streaming back in the early days of the Internet, but has struggled as competitors have gained traction over the last several years.