It may start getting easier to make optimal Amazon Web Services purchasing decisions. Or, at least, less expensive.

Raveld, a Seattle-based startup formed last year, is launching a new free service to help organizations decide which AWS resources they need. At its heart, it is a report containing what the company calls the Raveld Score, a simplified 0-100 point rating that is said to show how efficient company spending is on cloud computing.

How effective is it? Raveld founder and president Michael Wasser says, in one instance, “the report has been able to identify $35,000/month in savings on an $80,000/month Amazon Web Services bill for a pilot customer.”

Wasser says the report, which is free for a limited time, leads to recommendations that can be implemented “in less than a day.” The report is being made available ahead of the full Raveld service, itself expected to launch this summer. Here’s a look at a Raveld report: 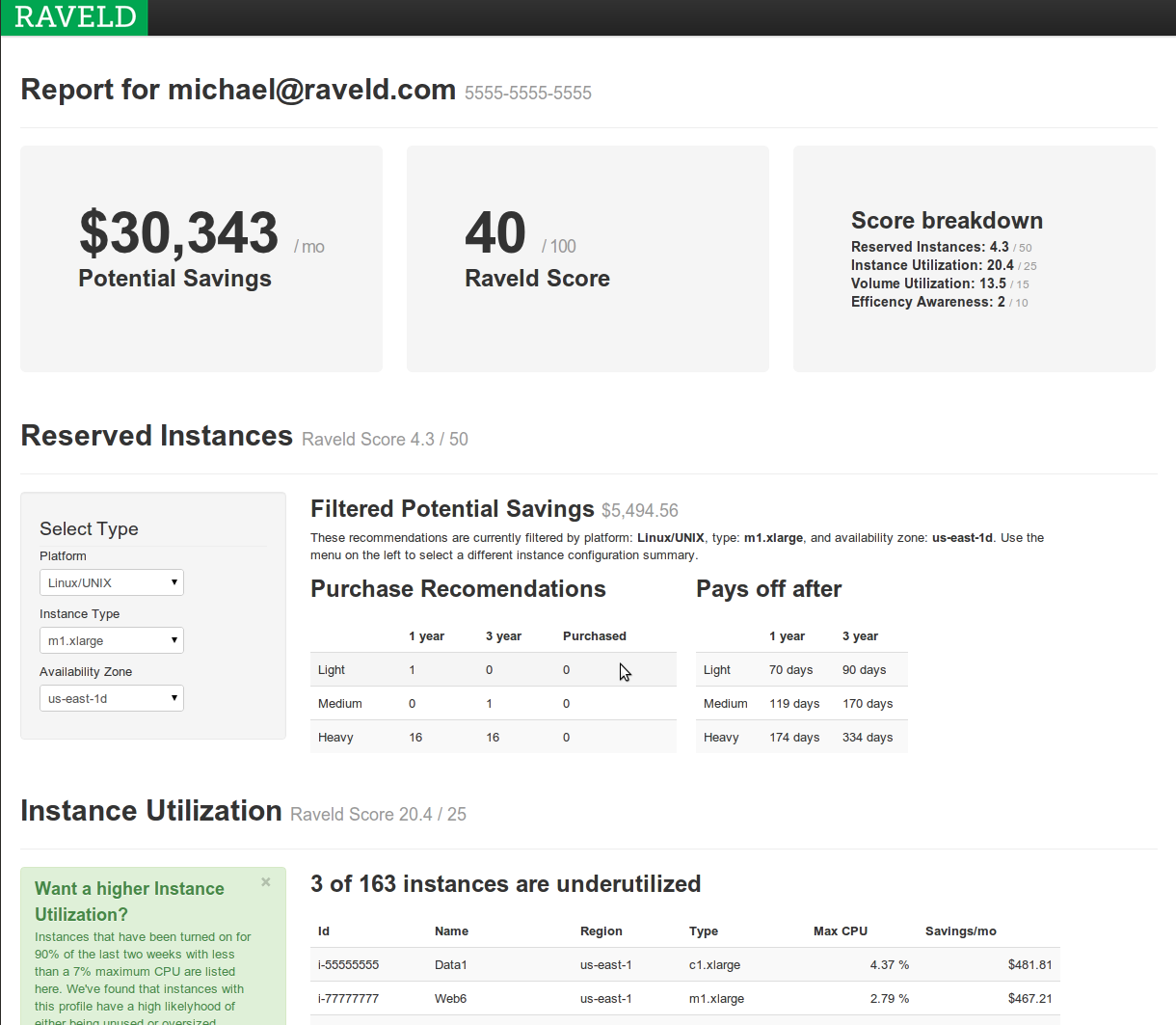