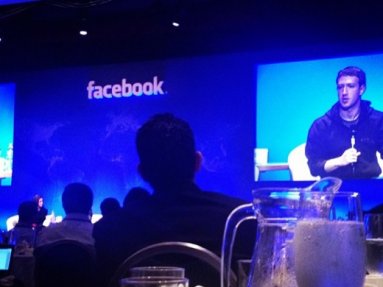 As Facebook prepares for what promises to be a landmark IPO for the tech industry, the attention of Wall Street this week focused on one of the company’s signature features — Mark Zuckerberg’s hoodie.

Yes, the attire of the Facebook CEO seemed to generate as much attention as the social network’s bottom line or growth potential after Zuckerberg showed up sans suit and tie at a presentation to major investors in New York earlier this week.

“He’s actually showing investors he doesn’t care that much; he’s going to be him,” analyst Michael Pachter of Wedbush Securities told Bloomberg TV. “I think that’s a mark of immaturity. I think that he has to realize he’s bringing investors in as a new constituency right now, and I think he’s got to show them the respect that they deserve because he’s asking them for their money.”

The New York Times explains the other side of the argument: “Hoodies, like black turtlenecks, appear casual, like you just threw on the first thing you could find dangling on a hook behind the door. In fact, it carries a lot of meaning. It signifies the opposite of a Hermès tie, the favored accoutrement of Wall Street. It signifies that you’re busy making things that are really, really important to the world, which is what Silicon Valley believes, and hey – you don’t really care what you look like.”

So where do you come down on this very important topic? Vote in our poll below.