More than any other word, pivot has come to define startup life.

Without the pivot, YouTube would have been a dating site, Groupon an app for staging protests, and Instagram a location-based game. Framed in the context of billion-dollar valuations, it’s easy to gloss over just how tricky and uncomfortable it can be to shift a business like this.

When we launch our next product in the coming weeks, it will mark a complete departure for us — not so much a pivot as a reboot. Though we’re not yet a household name, the pivot from celebrity-based Facebook game to iPad productivity app has been critical to our survival.

Along the winding road, we’ve come out stronger, and we’ve also learned some important lessons that apply to anyone, startup entrepreneur or not.

Lesson 1: Play to Your Strengths

Longtime readers of GeekWire may remember Giant Thinkwell as a 2010 Techstars graduate that launched our first big Facebook game featuring Sir-Mix-A-Lot in June of last year. Though the launch made headlines around the world and we boosted Mix-A-Lot’s Facebook fan count from 2,000 to 21,000, we were unable to convert visitors to game players.

We had many strengths as a team. The game had tons of character and looked awesome. Our creative PR and social media machine delivered amazing results. Success with the Mix-A-Lot game may have paved the way to other deals with a wide range of follow-on partners.

But after our results, we didn’t have the ammunition we needed to become a priority for the people we needed in our corner. Deep pockets and Hollywood connections were two strengths we did not have.

Lesson 2: Drink the Kool-Aid in Moderation

In an effort to move on quickly from our first experiment and leverage our strengths, we latched on to something we had learned. Fans seemed genuinely excited by real-time opportunities to gather and consume media based on a shared interest. We set to work on a social video experience that let people curate and watch video clips together in real-time.

Our rapid prototype was a hit amongst friends and co-workers in our shared workspace. Excited to move forward, we slugged back 40 ounces of our own Kool-Aid and began developing the product. Three months later, the product was ready for market and we had thrown a few successful viewing parties, but gradually encountered the harsh reality of scaling our audience. Moving too quickly from our first test, we had glossed over how difficult it is to gather groups at our site for real-time viewing. 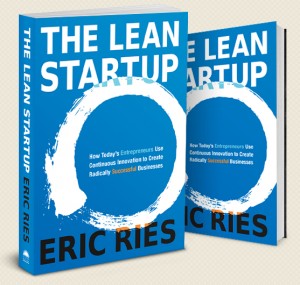 Determined to keep going, we pivoted our social video consumer site to a white label solution. If we couldn’t build our own audience, maybe the product would work for a customer who already had one of their own?

We found just such a customer. We only needed 49 more like them to have a viable business. Turns out, finding customers two through 50 took too long. We were mired in a 6-month sales cycle and running out of time to show traction.

With a cloud of disappointment settling over the company and facing the black hole of uncertainty regarding our shifting direction, the team began to fray around the edges. Though we aspired to follow The Lean Startup methodology outlined in Eric Reis’s seminal work, it felt like we weren’t hitting on all cylinders. We had dutifully followed the rational path of building-measuring-adapting our product, but along the way we had lost conviction in what we were doing. We weren’t having as much fun.

At this point we faced a handful of existential questions familiar to many struggling entrepreneurs.

Should we throw in the towel? Should we continue to pivot until we’re completely out of runway? Should we toss four months of customer/market development work to try something completely different?

We consulted our mentors, investors, and friends about our predicament. Some weren’t enthusiastic about us giving up on our current direction–encouraging us to find a way to deliver more value or speed the sales cycle. Others felt our social video idea had run its course, recommending we shift to a new direction as quickly as possible.

For all of the conflicting advice, we realized that in the effort to be rational, we had lost touch with the joyful, imaginative, and whimsical nature of the entrepreneurial process. This spirit was vital to our company’s identity, and without it we were lost. Massive change was in order.

Around this time my co-founder, Kevin, had an amazing idea for a product that ignited our imaginations. It had nothing to do with our previous efforts, but the more we talked about it the more excited we became to start over again. Managing a startup is often a process of feeling your way in the dark.

In re-engaging our Spidey sense, it became clear that our current path was fraught with danger. When we trusted our gut and took the leap in a new direction, the change in momentum was palpable. That day we decided to rebuild the team and within a week had successfully recruited one of the best developers we know.

On the back of this agonizing decision to reboot, our new team of three embraced a collective passion and vision for a new iPad productivity app that is generating an awesome response from beta testers. The product will be available in the U.S. next month and, when it does, a few people following our progress might wonder how on Earth we started at Sir Mix-A-Lot’s Facebook game and ended up at iPad productivity app.

I admit, I didn’t see it coming either.

And though we have tons of work ahead of us before we make the shortlist of “great technology company pivots of history,” I couldn’t be more excited about where we’re going.

Adam Tratt is co-founder and CEO of Giant Thinkwell, maker of Haiku Deck for iPad. You can follow him on Twitter @adamtr. [Editor’s note: Road sign photo via Bigstock]