It’s no secret that the image and aura of the Penn State University football program went from representing high-class tradition to committing and covering up downright disturbing actions.

But the past is the past. Supporters of the program undoubtedly want to move on and help get Penn State football back on its feet. And to help improve their gameday experience, Seattle app-maker Taqtile Mobility just released an official smartphone app that should make Nittany Lions fan happy with both its price (free) and numerous features. 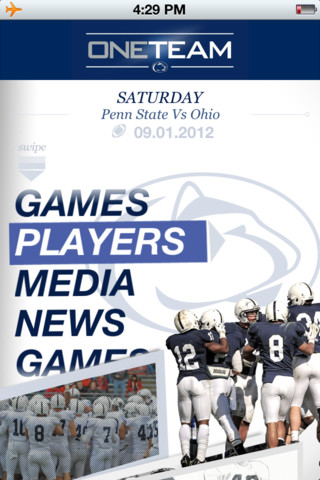 “None of the controversy around the program crept into the project at all,” says Taqtile’s Dirck Schou. “And I say this sincerely — the team at Penn State is excellent to work with and have been all about making it happen. As a result, we have put out a really cool and different app for their legendary football program.”

Schou and his team at Taqtile, a company that got its start in January 2011, worked with social media and marketing people within the PSU athletic department to come up with ideas for the efficient-yet-expansive app. Most features are associated with the gameday experience within Beaver Stadium — play-by-play notifications, instant replays, food ordering mechanisms, a parking pin drop to help you remember where you left your car and for those who can’t hold it any longer, a handy bathroom locator.

Schou’s favorite part of the app is the “Where to Watch,” feature for fans who can’t make it to the stadium. Users can find places to meet up with fellow Nittany Lions at bars and restaurants to watch the game. It’s also an interesting advertising model — Penn State can actively promote specific venues within the app. 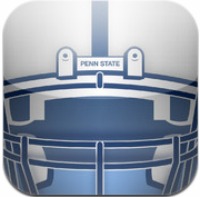 “For example, if they want to go out and sell the right to be a “certified” Penn State game watching bar, or restaurant, they can do so and can actively promote those locations,” explains Schou.

The app is available for iPhones now and an Android version should be out within a few days. Taqtile also partnered with Stanford football team last year with a similar app and made updates for the 2012 season.

If smartphone apps are the new way to help improve the college football gameday experience — or any professional sport, for that matter — companies like Taqtile should have plenty of opportunities ahead of them.

Previously on GeekWire: Seahawks embrace tablet-based playbooks (Are those iPads in the lockers?)