Northeastern University today announced that it plans to establish its new campus in Seattle’s South Lake Union neighborhood, sharing space with the Institute for Systems Biology at its new office space at 401 Terry Avenue North. The private 114-year-old Boston-based university announced its intentions to set up a branch in Seattle last fall, picking the city because of the strong technology community.

Locating in South Lake Union not only puts it near the biotech hub of the city, but also Amazon.com’s growing headquarters.

“As a nexus of innovation, South Lake Union is the ideal location for a global research university like Northeastern,” said Tayloe Washburn, dean and CEO of Northeastern University–Seattle. “With centrally located South Lake Union as our home base, we are energized to bring a new nonprofit research university to Seattle to assure that the companies and organizations in our region have the high-quality talent they need to grow and succeed.”

Northeastern plans to open in the new facility early next year, though students will be able to enroll now for the fall term. It will offer 15 graduate degree pro­grams ranging from cybersecu­rity and com­puter sci­ence to health infor­matics and engineering. The university will take 5,974 square feet in the 92,000 square foot building.

“By locating in South Lake Union and partnering with institutions like ISB, Northeastern University is making a strong statement about its commitment to building strategic partnerships with regional employers and research partners that will benefit students’ career success,” said Lee Hood, CEO of ISB. “ISB is very excited about partnering with Northeastern to create innovative academic offerings for courses in new programs such as systems biology and personalized medicine.”

Previously on GeekWire: Why Northeastern University chose Seattle, and what the UW’s Ed Lazowska thinks about it

Here’s a rendering of the new space: 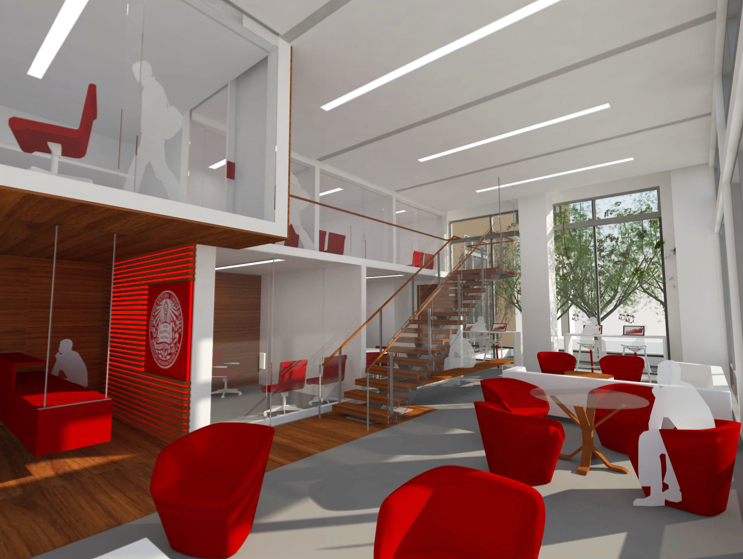