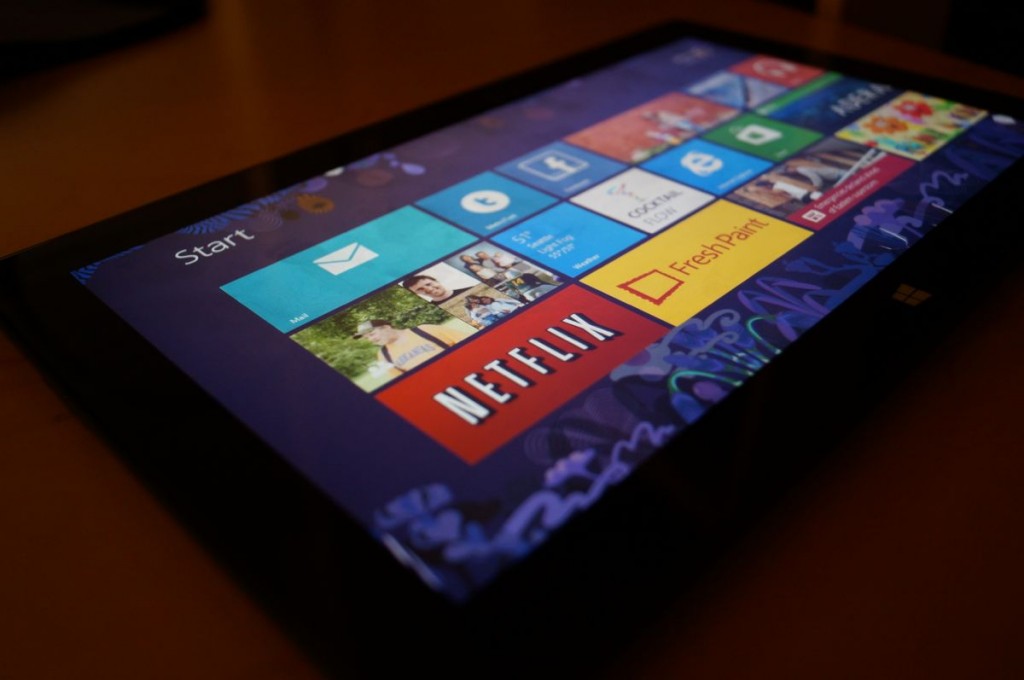 In my house, our gadgets tend to go by alternative names that speak to the ways certain members of the household view them. For example, the Xbox 360 controller is the “Netflix clicker.”

And our new Microsoft Surface has quickly become known as “the iPad” — meaning that my wife expects it to live up to her expectations of what an iPad would have been able to do … especially after I spent our entire iPad budget on Microsoft’s first-ever tablet. (Yes, I know: Yikes.)

So how’s it going so far? Well, after unpacking and booting up the Surface yesterday, I’ve spent a good part of the day today trying to position this device (and myself) for success. I’ve installed a bunch of apps, played with the settings, picked a cool Start screen background, selected the cutest picture I could find of our daughter as the lock-screen photo, and generally tried to think through how my wife would use this new device. 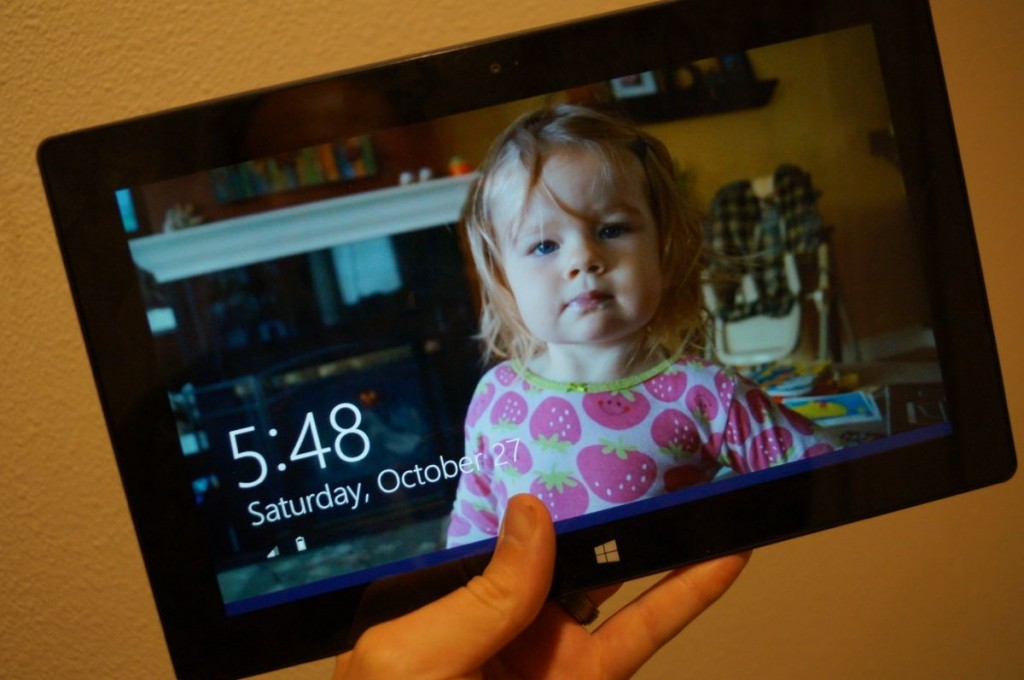 First cool thing: The ability to sign in and out as different users. Multiple user accounts in Windows 8 let me create a profile just for my wife, using her existing Hotmail address. This is like those car seats that automatically adjust to different drivers, except better. Regardless of the crazy stuff I do over on my side of the tablet, when she logs in, it will be hers — her apps, email, settings, desktop background, Skype account and everything else.

No, iPads can’t do this natively. Chalk one up for this Windows tablet. I’m also looking forward to setting up a Picture Password.

First major bummer: The lack of official Facebook or Twitter apps. Yes, I know these social networks are integrated into the Windows 8 People app. And I know you can access Facebook in either version of Internet Explorer 10 on this Windows RT machine.

I’m sorry, that is not the same as an official app.

But I’m doing my best. I’ve connected the People app to my wife’s Facebook  and Twitter accounts. I’ve also pinned an Internet Explorer bookmark for Facebook to the Start screen, and installed the “MetroTwit” app. Facebook is one of the primary ways my wife will be using this tablet, so I’m very curious, and a little nervous, to see how this goes. 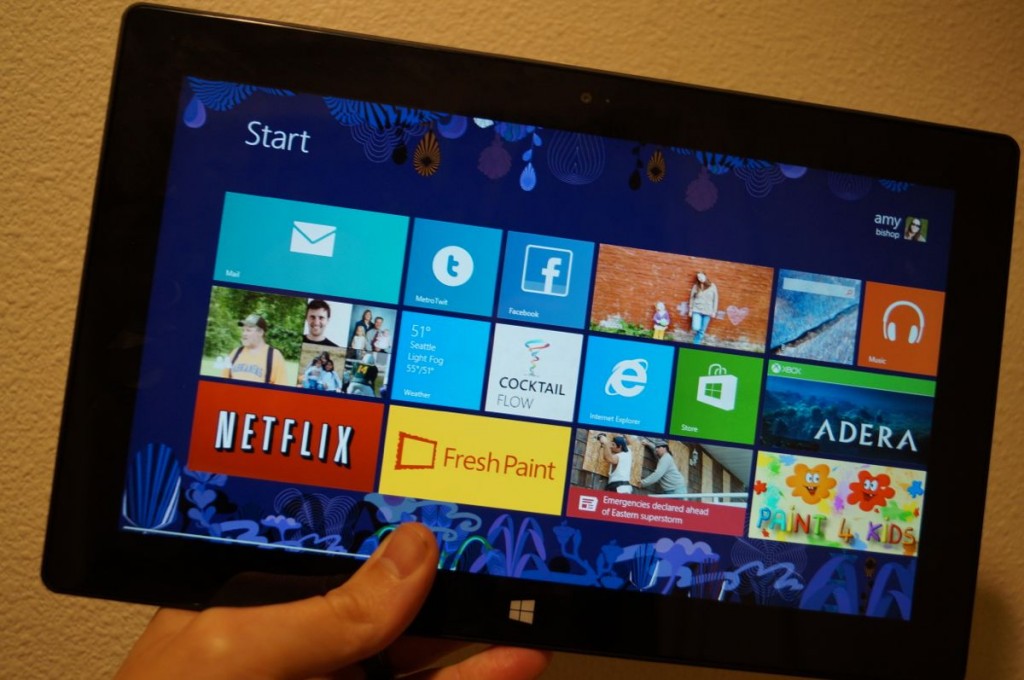 On the bright side, the Netflix app is a serious plus for Microsoft. I was able to set the Surface on the kitchen table this morning, with the built-in kickstand, and and let my daughter watch a couple of her favorite shows from our Netflix streaming account before we headed out for the day.

I’m in the process of installing apps from the Windows Store. There are some apps that I’m looking forward to seeing my wife try, including FreshPaint and Adera, two Microsoft-developed apps that we’ve talked or written about on GeekWire in the past. The built-in news and weather apps from Microsoft are also slick, and the Xbox SmartGlass app holds a lot of promise as a companion to the Xbox 360.

But beyond the apps made by Microsoft, the library of third-party Windows 8 apps does seem thin. Apart from the Facebook and Twitter situation mentioned above, the best Craigslist app I could find in the Windows Store is pretty meager in terms of its functionality. This is not an insignificant situation for me. My wife likes to surf Craigslist, and the lack of solid options is example of how a less-than-robust library of apps can affect end users.

Games look more promising overall, with more than 800 listed in the Windows Store right now. Participating publishers include big names such as Rovio — but why is Angry Birds Space $4.99 on the Surface when it’s only 99 cents on the iPad?

At any rate, I’ve done my best. Now I’ll be handing this over for the rest of the weekend and seeing how it goes. Wish me (and the Surface) luck, and stay tuned.