I admit it, I’m a sucker for a good marching band, so I make a point of tuning in to the Tournament of Roses Parade from Pasadena every year. 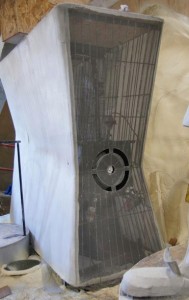 One of the highlights this morning (after the amazing Arcadia High School Apache Marching Band, did you see them?) was a float from Microsoft, of all things.

The company entered the float in the parade to promote the Kinect sensor for Xbox 360, with the help of a ton of volunteers.

Here are a couple of behind-the-scenes videos showing the making of the float, as originally pointed out by The Verge.

See Microsoft’s Facebook page for more videos and pictures of the process, including the giant Xbox 360 under construction at right.

Not that it’s the most momentous milestone in the world, but I’m checking to see if this is the first time Microsoft has had a Rose Parade float, and I’ll let you know if I find out.