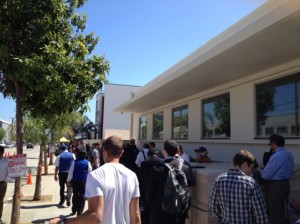 Posting from Hollywood: The technology industry has spent the past few days speculating about Microsoft’s “major” announcement this afternoon. Will it be a tablet or something else? We’ll soon find out straight from the company itself.

The doors are scheduled to open at 3:30 p.m. at Milk Studios, a location that was revealed by the company this morning. Microsoft is promising ‘limited video and still photography opportunities’ after a main presentation, which confirms that there will be something to photograph, at least.

I’ll be posting the news as the event unfolds … stay tuned for details.

4:00: OK, I’m inside. It’s a studio with chairs arranged in theater seating around a stage. An animation with a series of rectangles — tablets? — is rendering in various colors across the screen behind the stage. 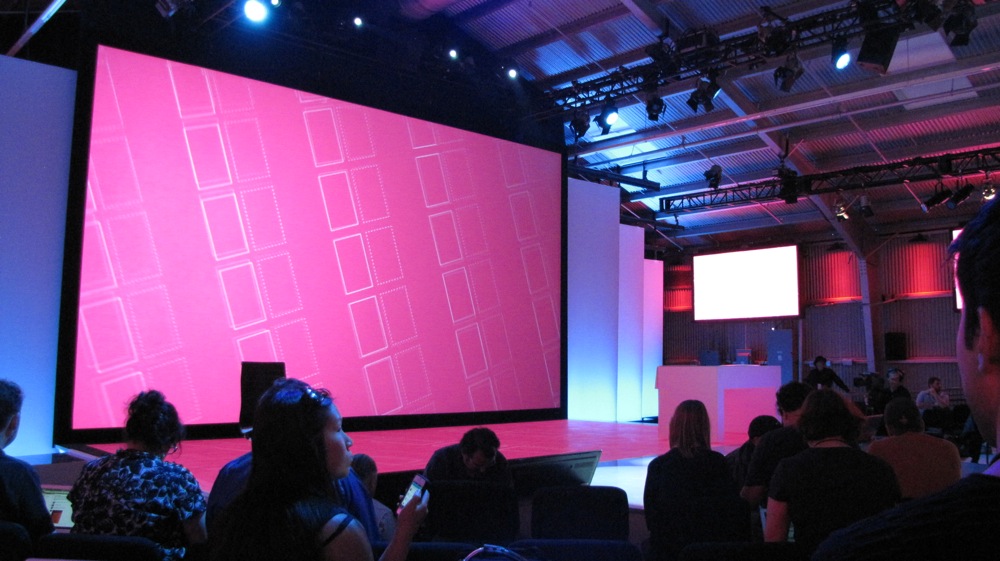 “Today we want to add another piece, another bit of excitement to that Windows 8 story.” 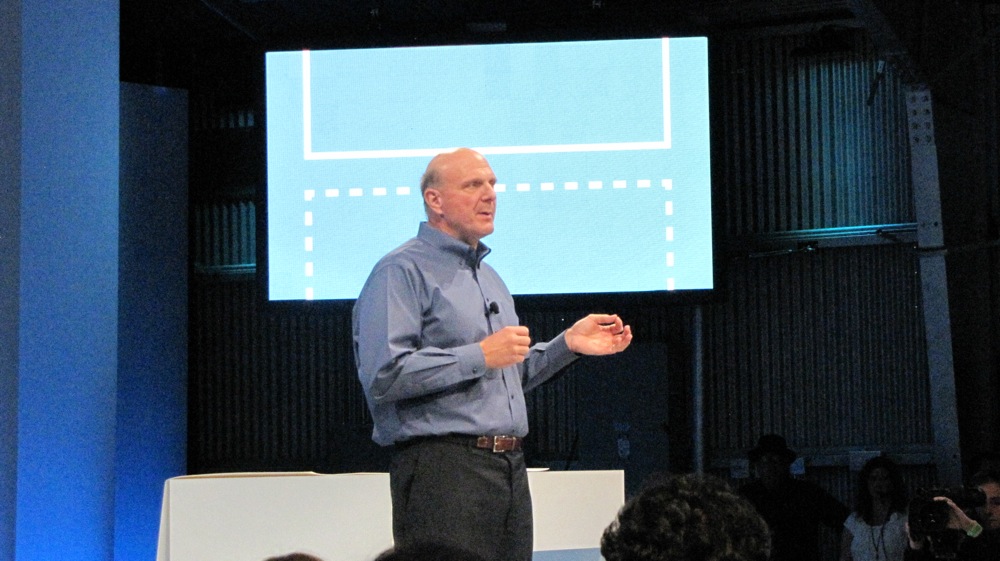 Runs a video talking about the company’s history in the hardware business. Microsoft Hardware marking its 30th anniversary this year. Kinect, Xbox 360 and other products highlighted in video as Ballmer sits on stage.

4:17: Any interface between human and machine is better when hardware and software are working together, Ballmer says. Notes that company’s most successful hardware product has been the Xbox.

Ballmer calls the company’s hardware relationships, with vendors, essential to the reimagining of Windows. Calls out Dell, HP, Acer, Toshiba and other hardware partners for the volume of Windows 8 machines they’re making.

“Much like Windows 1.0 needed the mouse to complete the experience, we wanted to give Windows 8 its own companion hardware innovation. It’s something new, it’s something different, it’s a whole family of computing devices from Microsoft.” 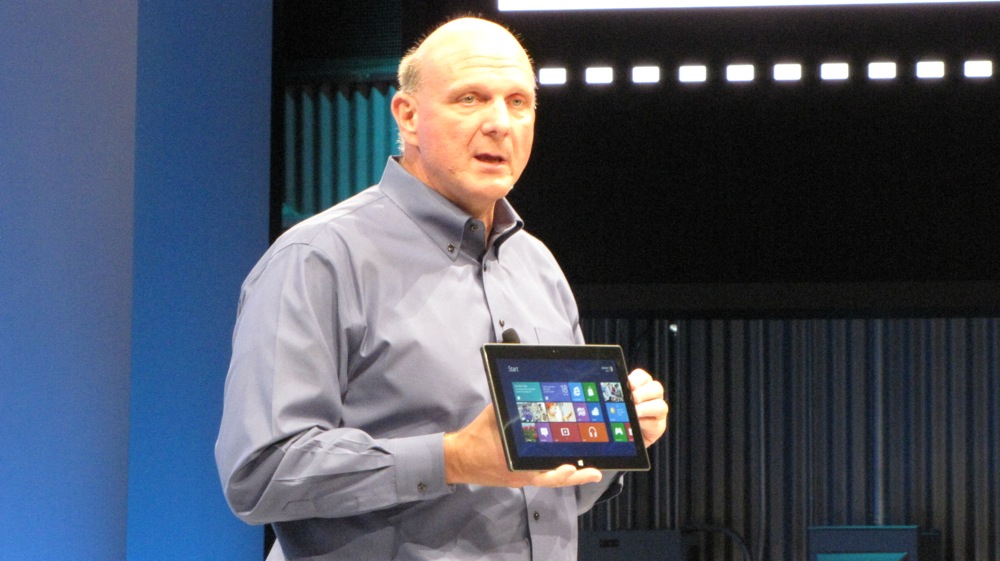 Steven Sinofsky, the Windows chief, is now on stage. The device is 9.3 mm thick, less than 1.5 pounds. Detachable cover with a touch sensitive typing surface. Front and rear-facing cameras. Device also has Microsoft Office on it.

There’s one that runs on ARM processors, another on Intel, running Windows 8 Pro. Perimeter venting, a channel around the edge of the device, prevents users from blocking the vent.

Support for digital ink, with two digitizers to avoid inadvertent palm control when inking on the screen. Can double as full professional workstation with ability to connect to external monitor. 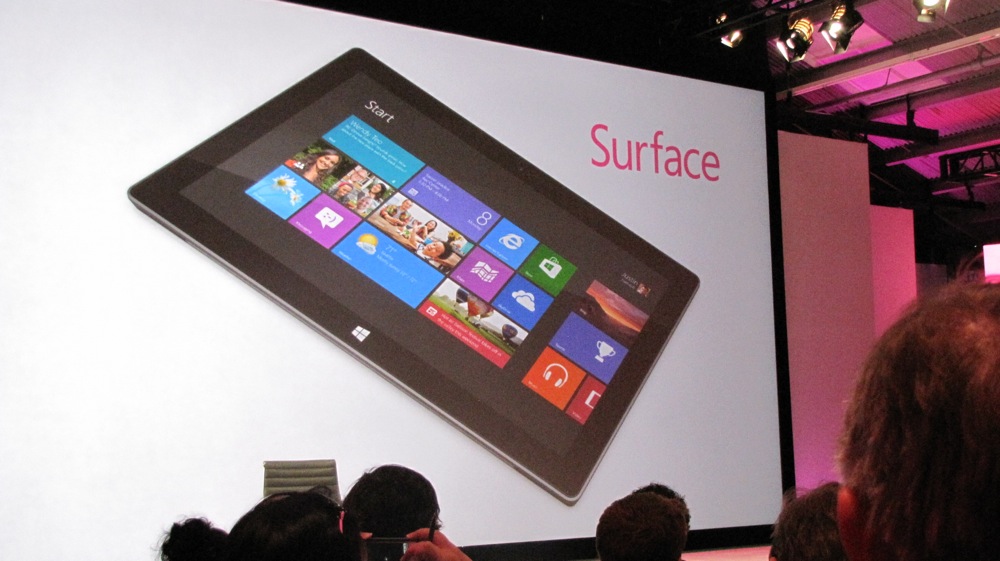 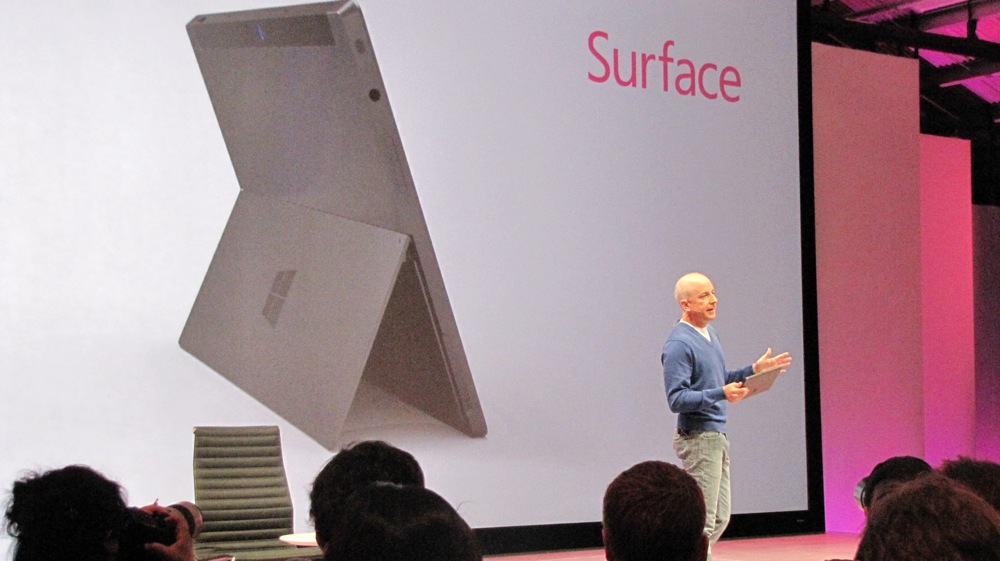 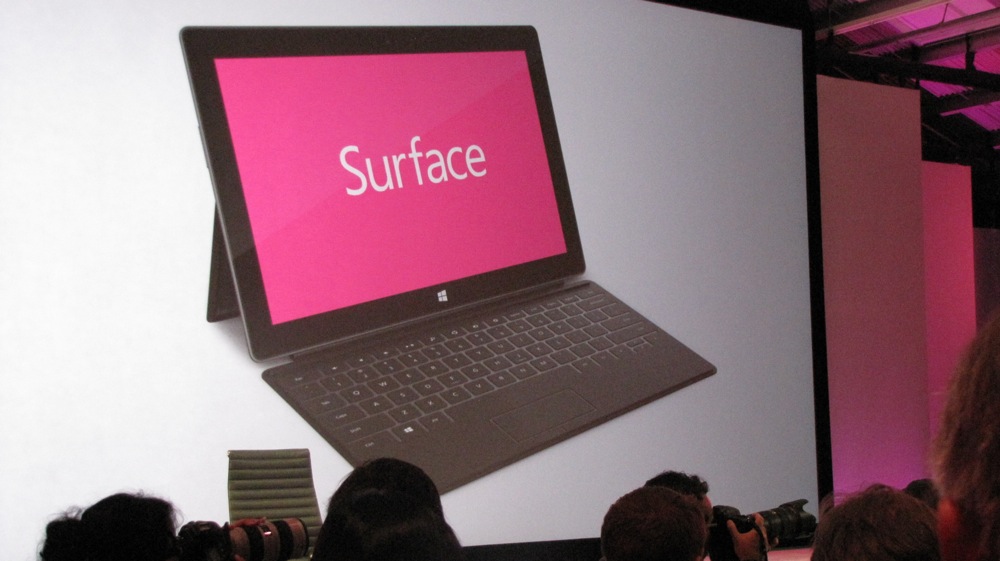 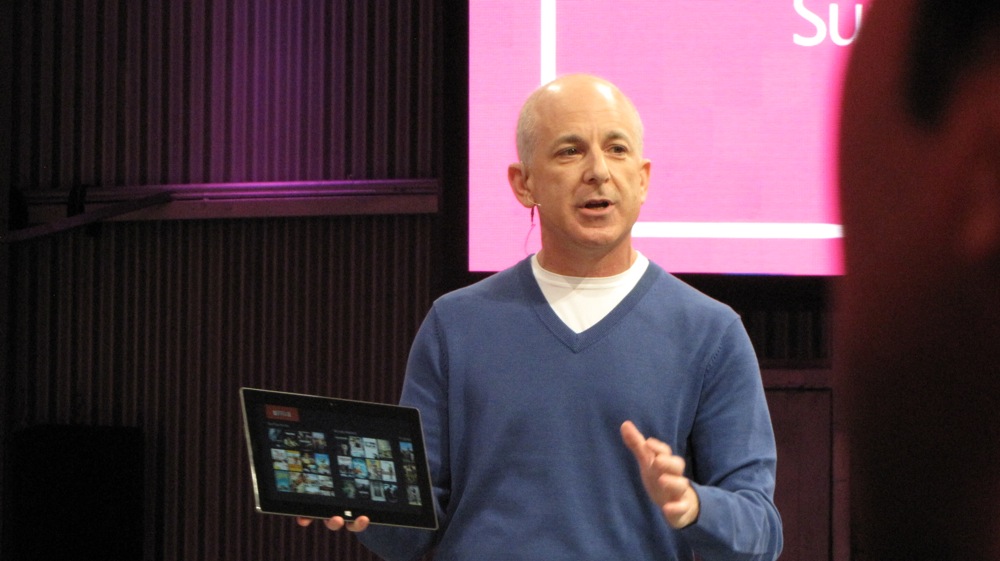 Microsoft’s Panos Panay, the leader of the team that created the device, now takes the stage, shows a video of the team back in Redmond talking about the device.

Here’s the full spec sheet from Microsoft detailing the two devices. The screen is 10.6 inches on both devices, about an inch bigger than the iPad’s screen. Hinges on kickstand were made to snap closed like a high-end car. “We really wanted to get the sound right, so you’d get that visceral feeling,” Panay says. 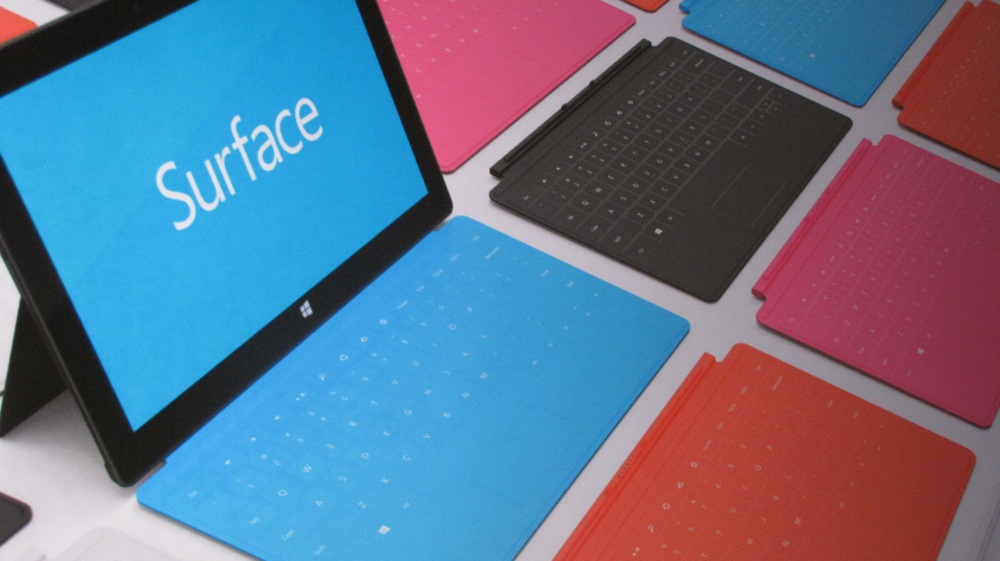 Now he turns to the TouchCover, the 3 mm keyboard/cover. When tablet snaps in via magnets, the background on screen of the tablet turns the same color as the cover. Panay talks about attention to detail, ease of attaching the cover. Cover has accelerometer built in, so it knows when it’s folded back.

Ballmer back on stage, gives concluding comments, says company put a lot of time and research into product, and believes people will love it. He leaves and a product video shakes the studio with sound, showing the device.

That’s a wrap, next up is hands-on time with the devices. Stay tuned for more.

Here’s a version of the video they showed at the end.