Is Google CEO Larry Page cool, or not? It appears Google employees are taking no chances on their boss’ status, giving a certain “Larry” high marks in a patent application made public last week.

The application was originally filed last year, just months before Google’s social network Google Plus was released. It describes a rating system for measuring your friends’ trustworthiness, coolness, and sexiness. It’s similar to the decade-old HotOrNot.com and other people-rating websites like Mark Zuckerberg’s Facemash, a precursor to Facebook.

As Wired notes, it’s also similar to a system used on Google’s Orkut social network. That service’s creator, Orkut Buyukkokten, is listed as one of the inventors. 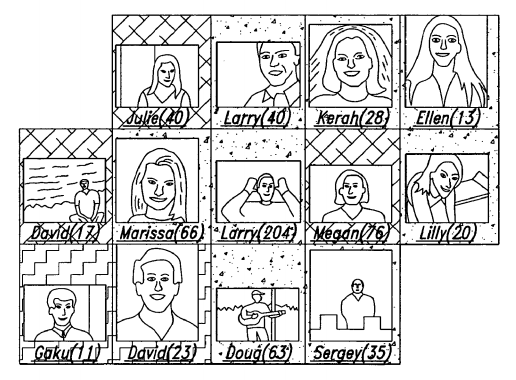 A diagram in the filing (.pdf) includes an image that bears an unmistakable similarity to Page, citing him as an example of “coolness.”

An excerpt from the filing: