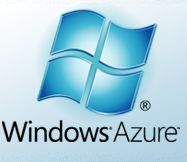 The Redmond-based company is reducing pricing for Windows Azure Storage by as much as 28 percent beginning Dec. 12. That’s after a 12 percent price reduction put into place last March.

“Our continued commitment to reduce costs and increase capabilities seem to be resonating with our customers based on tremendous growth we are seeing,” writes Steven Martin, general manager of Windows Azure Business Planning. “We have over 4 trillion objects stored, an average of 270,000 requests processed per second, and a peak of 880,000 requests per second.”

It’s not easy to really say which option is cheaper. Gaurav Mantri gave it a shot with a calculator determining the price differences between Windows and Amazon. Because of the various factors, Mantri said “it was not possible for me to pinpoint exactly which service is cheaper.”

Many see Amazon as the leader in this space. In a talk last week, Amazon Web Services chief Andy Jassy talked about why his company will kick the butt of Microsoft, IBM and everyone else in cloud computing for a long time to come.